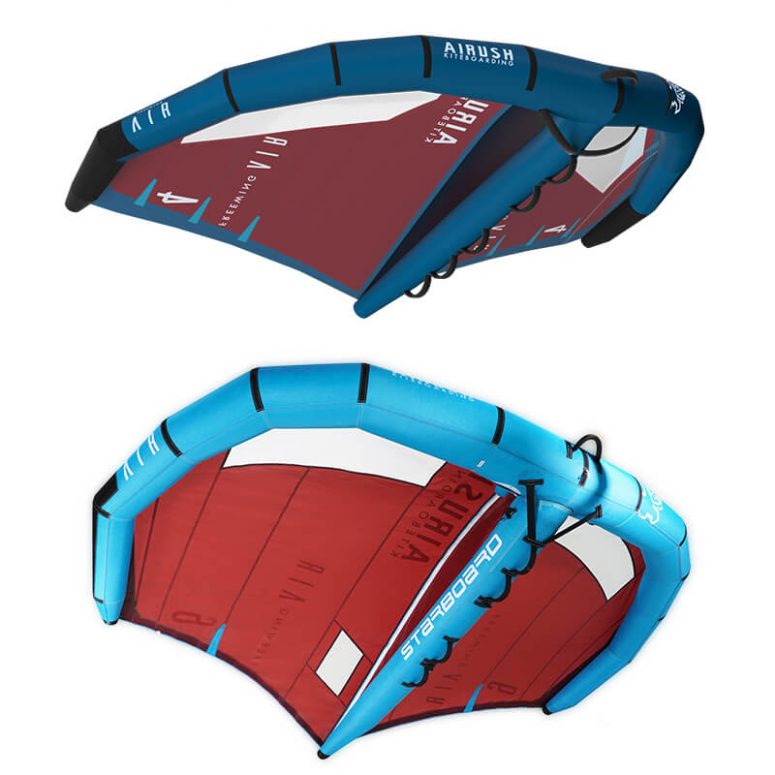 Wing design is moving along quickly, and Starboard x Airush have updated their FreeWing Air rapidly for the 2021 season. The larger sizes are a completely separate design this year, with the 6m and above a very different shape to the 5m and below.

We’re immediately presented with a truly capacious bag. This is to avoid having to fold the wing tightly and creasing the windows. The windows are still large but slightly reduced on the V1, and run in an arc behind the leading edge tube and provide decent forward vision. The larger 6m we tested also has two cheeky rear-view windows tucked into the tail either side of the strut. Leash wise, it’s a neoprene wrist cuff design with a buckle which constricts and feels reassuringly solid. The line itself is Dyneema with elastic shock cord running through it to give it a bounce, there’s a little stainless swivel hiding under a neoprene cover. Good news is it has been shortened from the V1 so there’s far less flapping going on. Inflation is handled by one screw-in valve, and there’s a high diameter pipe connecting the strut tube, which means deflation is not much of a chore.

The 6m we tested has seen some considerable design augmentation and tailoring for light wind use. It has a compact span for its sizing and turned-in wingtips. The strut appears to have been shortened from the last model and more canopy spread into the squarer tips, meaning the aspect ratio remains on the smaller size and low end grunt is increased. The leading edge has a huge diameter, and this carries quite a way into the tips with a sharp taper at the end, maintaining high rigidity. The cross handles are super tight to the tubes and as you inflate, you can see they force tension into the strut to leading edge joint again, making the wing more rigid. The main strut handles are relatively narrow and have a large chunky loop to grab, which makes hand transitions easy. Anyone familiar with the Airush kite range will notice some similarities in the build immediately. The canopy is made from tried and tested Teijin D2 cloth, and the wingtips have a generous covering of Kevlar to avoid any scuffing on the Dacron as well as on every segment joint.

The compact span works great for surface work and smaller people, and avoids the dreaded tip hitting the water which so many beginners struggle with. For a capable winger in lighter winds the 6m gets going early and the stiffness means it feels beefy to pump against. Once cranking along, it’s an engaging wing through the arms and develops a fair amount of consistent power. Considering the larger diameter leading edge tube and relatively low aspect ratio, we achieved some decent angles upwind and forward speed is steady. In transitions, the relatively squat nature of the 6m means it seems to pivot well from the middle and make changing direction a simple process. It’s a solid wing for a bump and jump windsurf-style riding and heavier guys. For budding strapped riders wanting to get their first jumps dialed, the stiffness and upward pull you can achieve is impressive for a wing of this size, and pulling the back handle provides some decent float. We found in a depowered state on a wave, whilst it will luff okay, the weight in the windows perhaps hampers its overall stability and you need to watch your board direction against the wind to keep it flying happily, but this is perhaps not in the design remit of a 6m.

The FreeWing Air V2 has a very complete feature set and some cunning design elements to get it to perform well for lighter winds and remain compact feeling in the hands. It heralds a wide range of applications from complete surface-based beginner to flat water freestyle and is perhaps the Swiss Army Knife of larger wings. 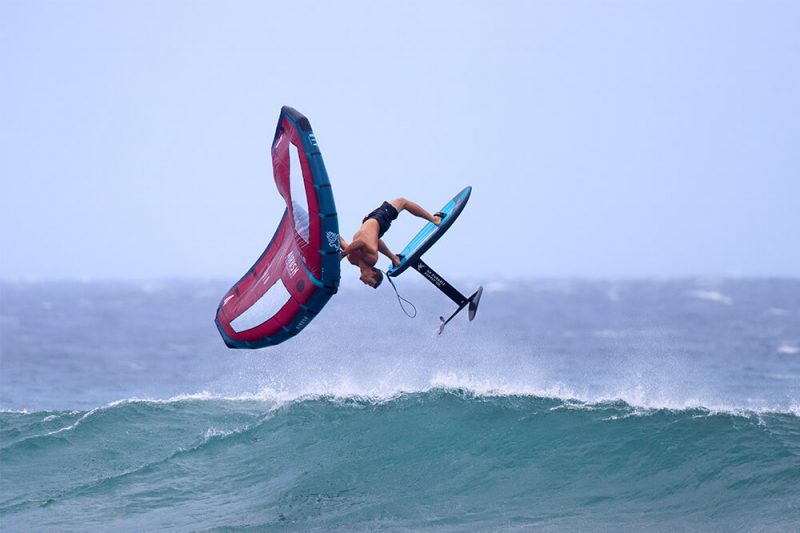 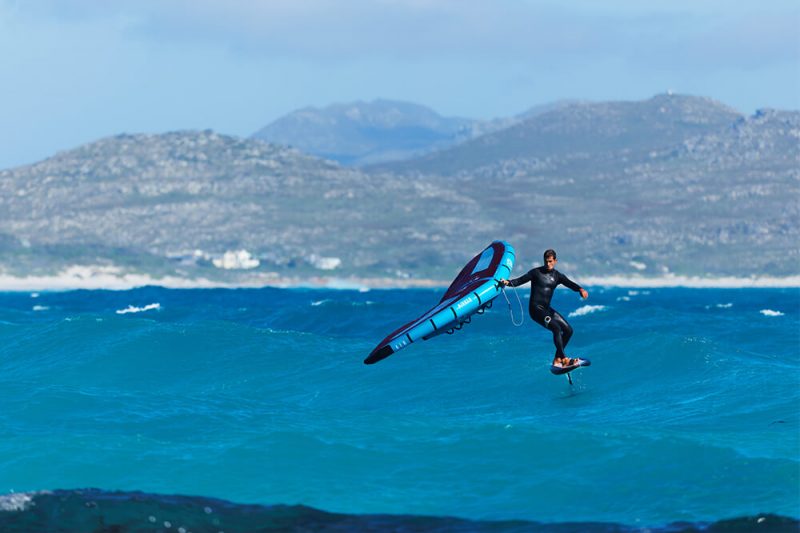 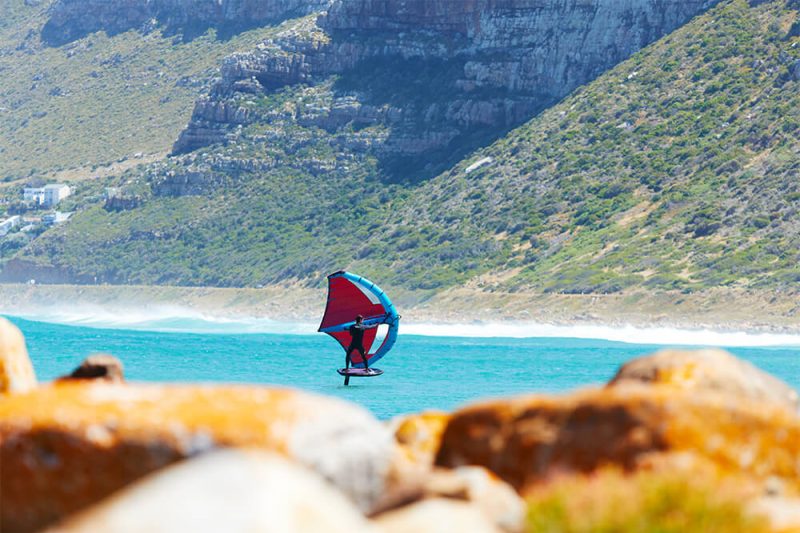