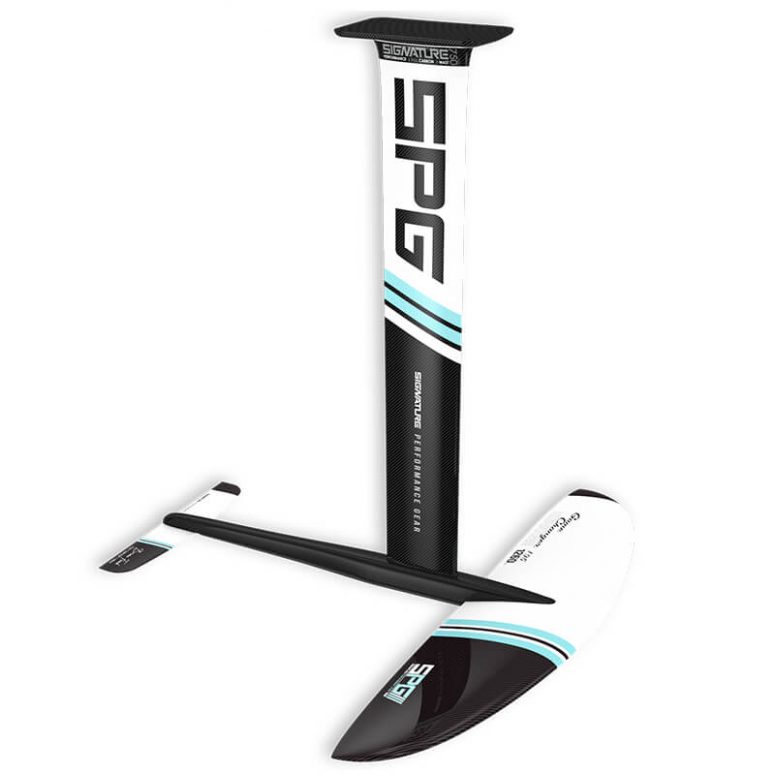 Signature have been in the high-performance foil game for a few years now, known for the popular 210 Albatross with enhanced glide that allowed you to stay up on the foil for a freakish amount of time. Now fast forward to 2021 and enter the Game Changer mid aspect range. A very appropriate name as it does exactly that…

I picked up the 1260 from Islandfoils in Maui, and Malte was excited to hand them over to me as he had got word I was the test pilot. I measured it against my current personal foil and at first glance it looked very similar in span and chord, and had the same gull wing so I was fascinated to see how it would perform.

For the first session I took it to Kahalui harbor, I was on my third day in a row of hard foiling and decided it was time to game change it up, I didn’t manage to dial the track position during this session and found it tilted and a little more than my usual surf focused foil which pivots more off the back foot. However, even though my base plate was too far forward, I was amazed how well it went rail to rail even though it rolled and I felt like a drunk driver after stacking it and almost landing on the foil. It pumped very well and had a composed and balanced feel to the glide. It’s 20mm thicker than my usual foil so I had to engage the pump sooner and pump with more gas to the pedal compared to usual but I still pumped far and connected multiple waves with ease.

Enter Session 2 at the Holy Rail. The waves were waist high, almost shoulder high on the sets with low tide dropping. I had the 65cm mast on both sessions as it’s the perfect length for my style. I decided I should put it further back in the tracks like my usual foil and that was a great decision. I dialed it in a few times and found the spot of gold. The Rail is my local spot, so this was the definitive test to see if it has a seat at my place of worship.

From the first wave on the Game Changer on my 3’11 board I found I was back to the back foot foil experience I’m used to with excellent control and a surf yaw snap feel as well. I was banking turns on a dime to get the feel of it, I pumped out connected and got to tear into open swell carves before it stood up on the inside. By the third wave I was confident to lay down some wing tip sprays without any hint of breaching. It recovered well and provided smooth back foot pressure. I then pumped out to a nice set and wrapped it and set up for my favorite vertical snap off the lip on the inside. I pulled a hard bottom turn, spotted the lip and banged it, and watched it rain out the back. I pulled it off, and smiled on the re-entry. Once you find the spot of gold in the tracks you will absolutely love the way it instantly heeds your every command.

This foil is for those who want to rip the surf or tear the ions out of open swells. Mid aspects are the middle path to foil enlightenment and Signatures 1260 Game Changer has struck a unique chord that resonates absolute joy.