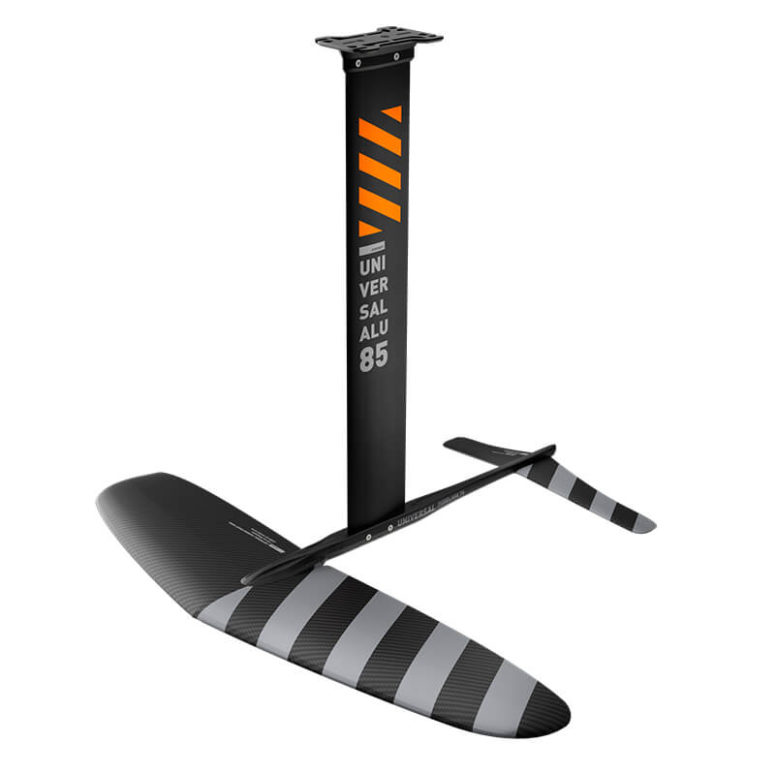 With the rapid growth and development of the sport, it’s easy to overlook developments in entry level foils. However, as more high-performance foils get developed you'd like to think that there are elements that trickle down to the entry level foils making them easier to use and better for progression and it's becoming clear that more brands are putting just as much effort into making the sport as accessible as possible. The Universal 2400 is RRD’s entry level model, aimed at getting you going in beginner-friendly conditions whilst also doubling as a great freeride and light wind foil for heavier riders.

This foil really surprised us with how versatile it is. Given its large size it has the expected low end and stability that allows you to get going at very low speeds and is very easy to control. This is great for beginner wingfoilers and those looking to get started with SUP foiling. Its ease of use is partly due to the large span and medium aspect ratio and partly thanks to the long fuselage. The foil has a gentle takeoff, even at higher speeds in more powered conditions. However, where this foil really exceeded expectations was its high end. For its size, the profile isn't too thick, and the AR isn’t too low. This meant that it felt much less ‘draggy’ than expected and opened up the foil’s range allowing it to be used fairly powered and at relatively high speeds. The impressive range therefore also makes it suitable for heavier riders looking for a light wind freeride foil and even for those looking for a foil to start SUP foiling and SUP foil downwinding (especially those wanting to work on their flat-water paddle ups!).

In small mushy waves this foil keeps up and even allows for some small trim turns and wider turns. What stood out the most when testing this foil was not only how surprisingly well this foil turns but how little flex you experience when turning such a huge wing. This is a true testament to the rigidity of the RRD mast and fuselage system which is something we have noticed when testing the Spark and Blaze wings too.

As a beginner foil this foil ticks all the boxes and its performance makes it a great option for heavier riders looking for a light wind freeride foil to wing, SUP and even downwind SUP. RRD’s modular system and vast range also mean that it's easy to ‘grow’ within their foil range which is another appealing factor both for familiarity and financially, factors which are often overlooked by those who are new to the sport. JM