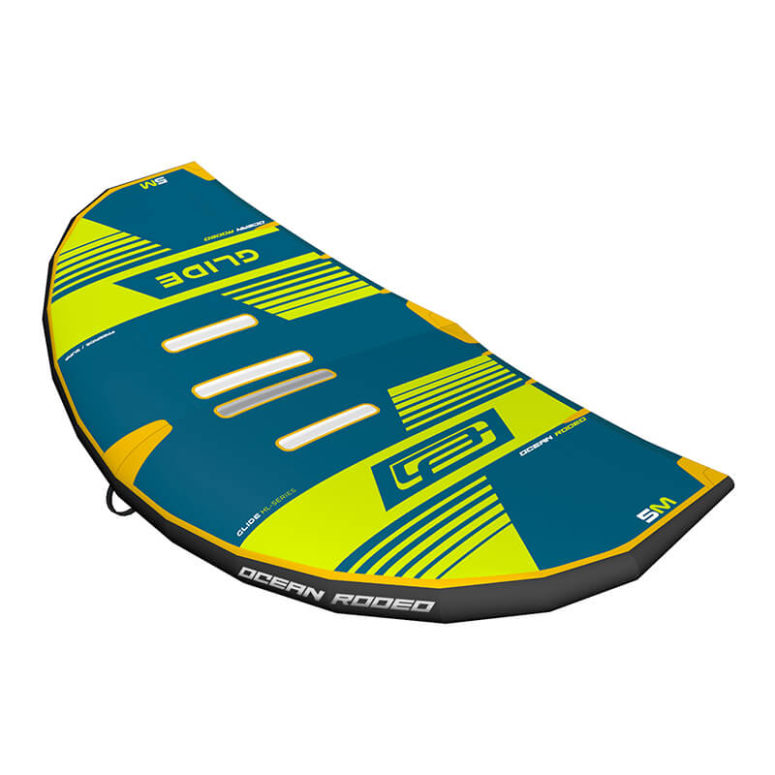 From rumblings across the marketplace, it sounds like the ALUULA material is going to make a big impact on the wing scene this year. We were impressed when we tested the full ALUULA Glide A-Series in the last issue, so were eager to see how the HL-Series Glide measured up. With the HL version, they’ve fused traditional Dacron in the leading edge, with an ergonomically sculpted full ALUULA strut. This makes perfect sense to get the strut as stiff as possible, as it’s the most tactile and load bearing part of the wing. The other benefit of the material use is weight saving, with the HL-Series coming in at around 25% less mass than the industry standard.

Further weaving of ALUULA into the design is apparent in the front of the canopy, with a wide band of it in place of the intermediate material (that would normally be Dacron) at the leading edge to canopy junction, which is intelligently placed to decrease stretch and firm up the leading edge. There’s more ALUULA in the trailing edge darts, window frames and wingtips, and a leash line is run the entire length of the trailing edge to prevent any deformation there. Behind the strut is the now ubiquitous profiled section of ripstop, and in the case of the 4m, this isn’t particularly deep.

Separate screw-in bayonet inflation points make it simple to get the golden strut up to the required 12PSI and the Dacron front tube up to around 8PSI depending on your bodyweight. Three handles are present as standard and are removable with Velcro, and there is an upcoming carbon bar upgrade. It’s supplied in a practical full size backpack with bungees for carrying your pump. It has a twin set of horizontally aligned arrow slit windows that provide some vision downwind. The wrist leash is a Dyneema line with shock cord bungee running up inside with a standard constricting Velcro buckle, providing a decent level of security. Shape-wise the wing is relatively flat, and has a subtle dihedral and thin wing tips. As you inflate you can see that there’s sail tension built into the canopy, and in use it feels taut and there is almost no vibration when riding.

In the hands, the stiff golden strut feels immediately responsive to pumping, and once up on the foil, the upwind angle performance is noticeably enhanced. It’s a light and simple wing to handle, with the large handle loops making life as easy as possible through transitions and tacks. When on the wave its light weight does it huge favors. Perhaps thanks to the low-drag strut and thin profile, the forward speed feels enhanced, and coupled with a fast foil, there’s little fatigue on the arms to speak of. We noticed a little twist on the front handle which can build when depowered on the wave, but the stiffer front handle makes it easy enough to counteract.

Of course comparisons will be drawn with the full ALUULA Glide A-Series, but it’s more of a question of horses for courses. If you ride horribly gusty conditions, perhaps a little flex in the wingtip will be of benefit to you, as it will damp out some of the harshness you can sometimes experience with a full ALUULA wing, and perhaps be kinder to the canopy over the long term. It has a generally more forgiving personality. If you want an ALUULA-enhanced wing with a little more flex and tolerance without breaking the bank, the Glide HL-Series will barely feel like a compromise. It’s intricately built and an exercise in combining new and established materials to get the best from both. RB