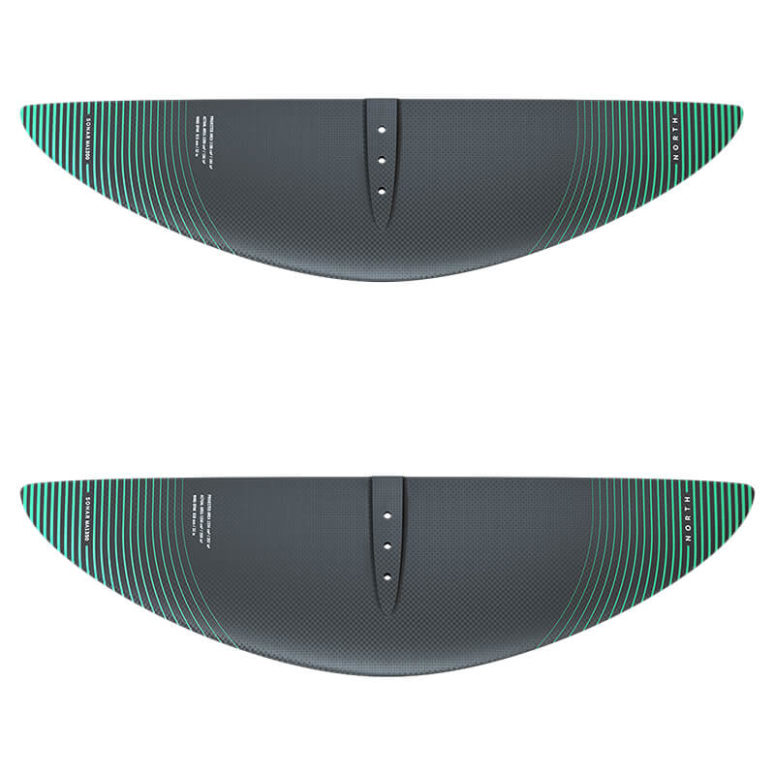 The North Foils Sonar series of foils are designed with customisation and interchangeability in mind, helping one find freedom in their setup as their skills continually advance. On first impression, the Sonar MA1200 and MA1350 wings, CF85 Carbon Mast, C600 Carbon Fuse and S270 stabilizer came out of the box looking like something off a NASA production line, with an impressive build quality. It appears North has their production dialed, and it really shows in the look and lightweight feel of their gear.

Firstly, the Sonar modular C600 carbon fuselage is the lightest standalone fuse I have ever used, as most of our major brands here in Australia only offer aluminum fuses with their carbon masts. At 600mm long, I also think this might be my favorite length of fuse as a combo for pumping and turning, not to mention pitch adjustment, contributing to the nice balance that North has struck for this range of foils. Paired with the Carbon CF85 mast (another perfect middle-ground in mast length in my opinion) the C600 fits together at the mast-fuse junction without the slightest play. North calls this perfect machining the “GeoLock” and they’ve done a great job here in reducing the chance of a classic mid-session wobble from not having done up your bolts tight enough!

In this test, the MA1200 and MA1350 front wings were compared in SUP, prone and tow foiling sessions in 2-4ft conditions at my local reef.

Straight away, these foils felt very natural to ride and pump, handling their speed range in a linear, predictable fashion with a really good response to pitch, yaw and roll inputs. The MA1200 in particular was awesome on a 4ft+ overhead day where we had the ski in the water and the name of the game was to put everything we had into our turns. Boy did this foil feel great to lay rail, carving with a beautifully tight radius yet also pumping so efficiently, albeit liking a higher speed to stay within that efficient zone. When speed dropped too low, the 1200 would stall drop, but I found using the more negatively geared shims (a nifty little kit provided by North in 0.5 increments from -0.5 to +2.5) would extend this bottom end pump range.

The MA1350, obviously a bigger brother to the 1200, didn’t seem to have a bottom end at all when tested the next day in slightly smaller conditions. This thing is a pump weapon for a mid-aspect foil, and is incredibly efficient for the type of profile it has. I took this wing out on a 2-3ft day with big lulls and was still up and riding for 5-10 mins at a time, still pulling tighter carves and turns than a HA foil of the same pumpability. The MA1350 also seemed to match the speed of the waves that day perfectly, pumping for days without stalling out and allowing some nice turns and roundhouses off the foam. I guess you could describe it as a really chilled out cruising speed combined with a tight turn radius for the more surf-inspired turns in the pocket. I should say, even though the 1350 can go slow, it handles really well on the overhead sets without feeling overpowered or out of control.

On a slightly onshore day, the MA1350 was also used for a few SUP downwind paddle ups, in which it performed exceptionally. Barely any juice to get going, and matched the speed of the 10-12kt bumps nicely, carving all the way to the sand. This would do well in a downwind bay run, where the bumps don't move too fast and you're trying to prolong the feeling by staying with the same bump and going as slow as possible.

All in all, these two wings, and the combination of components offered by North in their Sonar range, seem to strike the perfect balance between customization, build quality, performance and user-friendliness. Each of their wings falls into its bracket very naturally, geared for tight turns and performance with a surprising speed range which can be easily tweaked or selected in front wing choice/shim angle for any given set of conditions. Big thumbs up from me, can’t wait to try their new HA range coming out later this year. JK 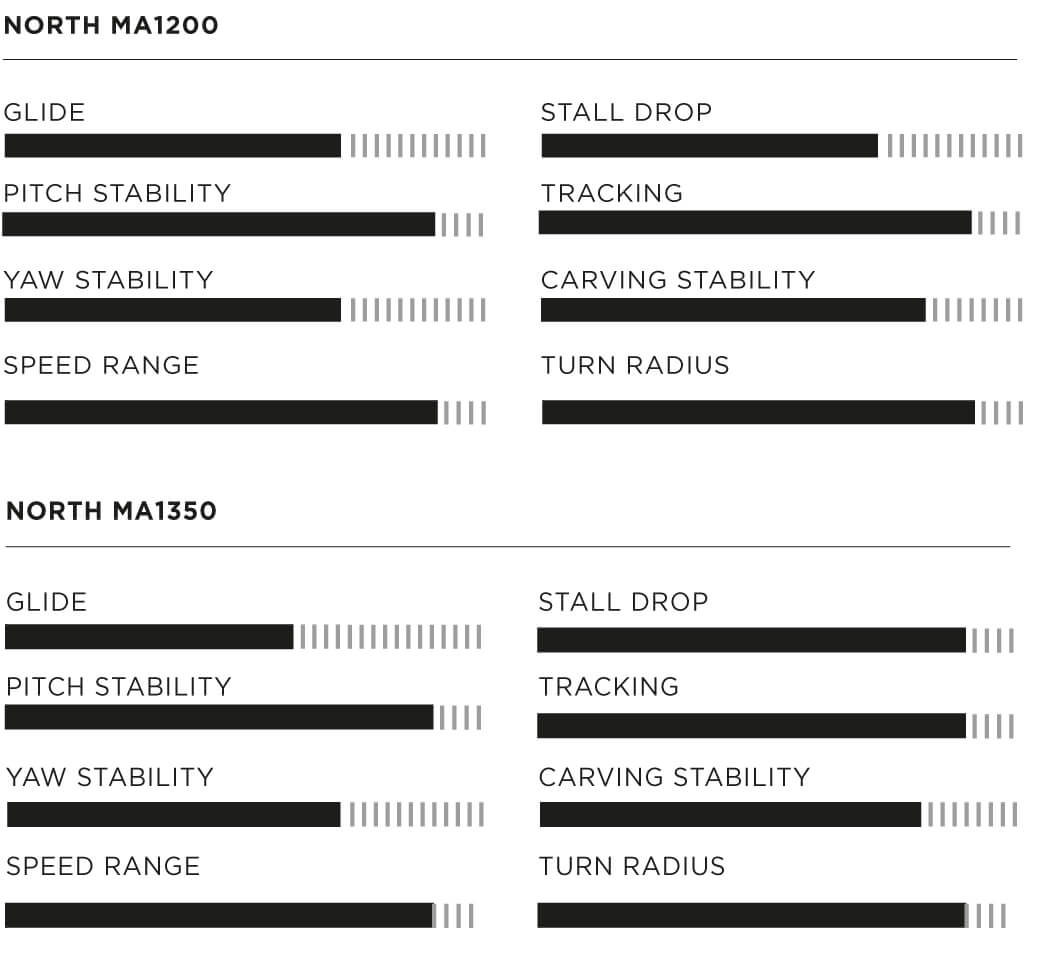