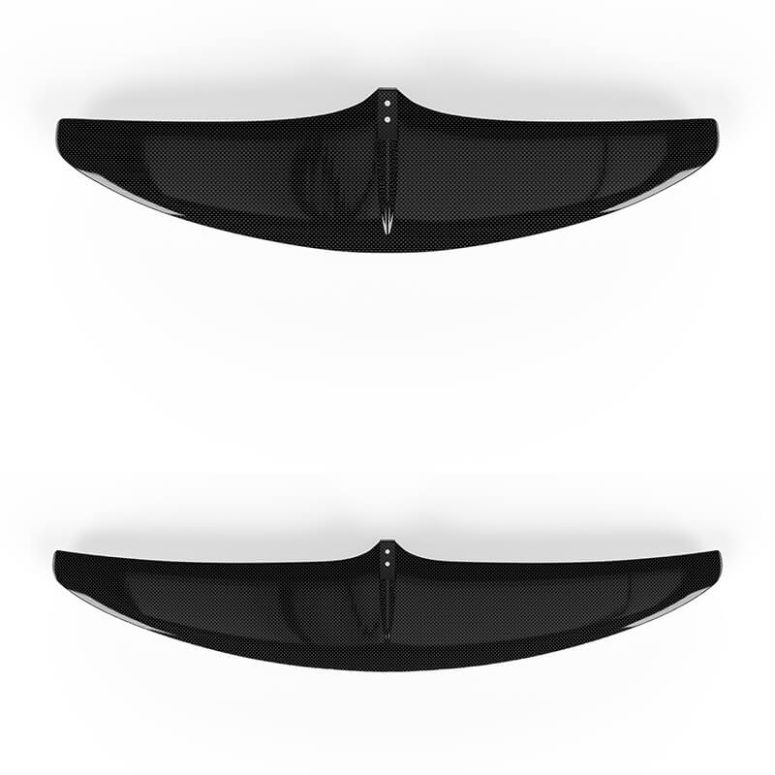 Levitaz are one of the only major brands to both design and manufacture in Europe, and to meet market demand have developed some high-aspect models to weave their existing Shaka range for higher performance surf and wing applications. These all fit onto the elegant modular system they originally invented for their similarly high-end range of kite foils.

Out of the box, you are immediately impressed with the manufacturing quality. Not a strand of carbon is out of place and it’s difficult to decide whether to take it on the water or proudly display it in your front room. Covers, spare bolts, shims and anti-cease paste are all included, making it feel like an extremely complete package.

Swapping over front wings is a simple affair with two M6 Torx bolts to loosen; the front wing simply slides on and off the cylindrical fuselage. We tested the titanium version, which was light, stunningly manufactured, and a prime example of how to use this relatively exotic material. We were supplied with the latest full high-modulus carbon 90cm mast which is a composite sculpture to behold. It’s far stiffer than the previous masts we’ve had from Levitaz, and a wide tapered base controls any movement at its connection point to the board.

It’s noticeable that the front wing recesses into the mast area a little – this is to strengthen this junction in the system, as well as bring the center of lift back a little to help balance with their Boom boards which we reviewed last issue. Overall we found the foils seem to favor a slightly more rear-biased foil box position.

Levitaz foils generally have a natural aesthetic to them, and seem to mimic nature a little more than your usual CAD-produced aircraft designs. The HA 1600 is a larger front wing with confidence-inspiring levels of stability and speed, which makes an excellent job of wingfoiling and surf foiling in smaller or lighter conditions for intermediate riders and above. At 1111cm of span, it rises early and holds excellent glider-like roll stability. When the wind and swell increase a little, the 1100 overlaps it perfectly to provide that important uniform riding feel across the range, bundled with further agility and top end speed. Both these wings seem to handle pretty much anything you throw at them and maintain pitch stability where others can falter, giving a feeling of absolute security even when riding through white water. The downturned wingtip design adds to this impression with a high level of grip through the corners, perhaps giving both foils a bias towards wingfoiling over the current trend in super loose prone set ups. A pro version of the HA 1600 is currently available which flattens out the span and increases maneuverability further, which for the more ambitious rider could be a sensible consideration.

We coupled both the 1100 and 1600 with the latest 250 tail, which loosens things up and makes everything work at a higher velocity. It has a relatively thin profile and downturned angle, where Levitaz are clearly drawing from their kite range knowledge.

Fast, practical and with a wide usable range, Levitaz have expanded their hydrofoil range cleverly into the high-aspect sector, and maintained a high level of accessibility even with their smaller offering in the 1100. There’s also no denying it’s amongst the most exquisite manufacturing currently available. RB 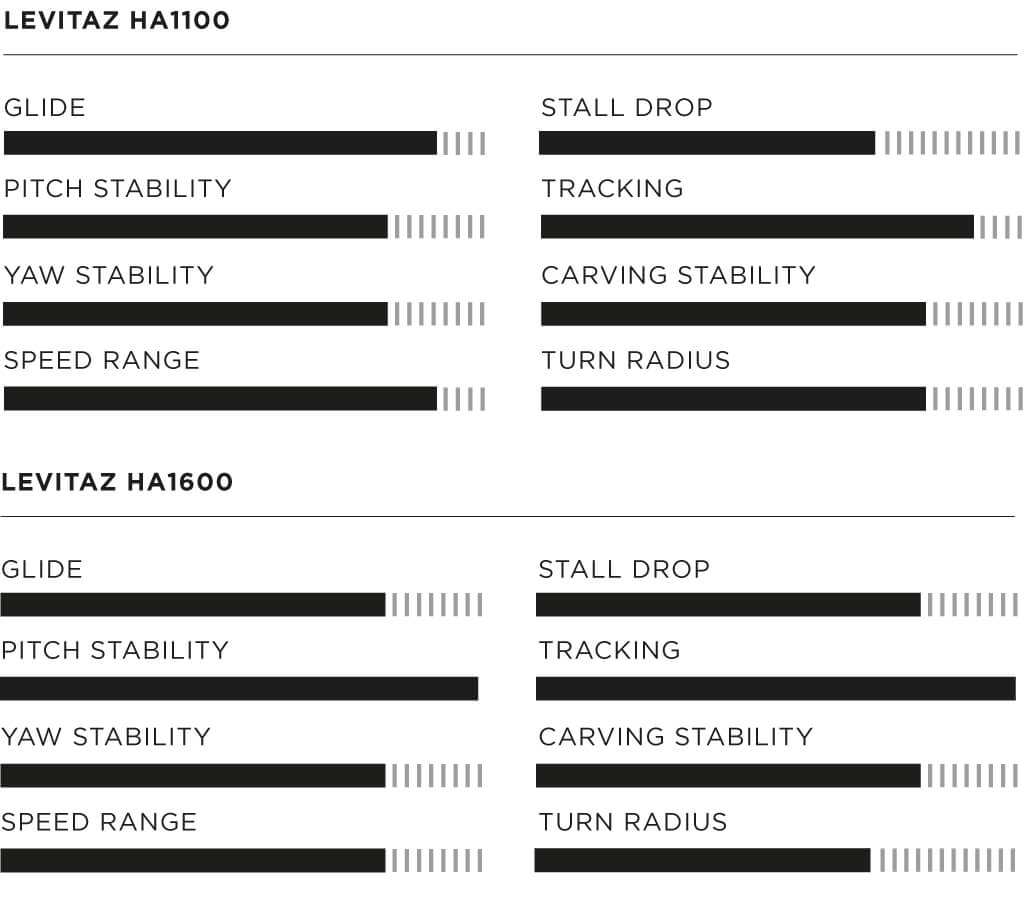