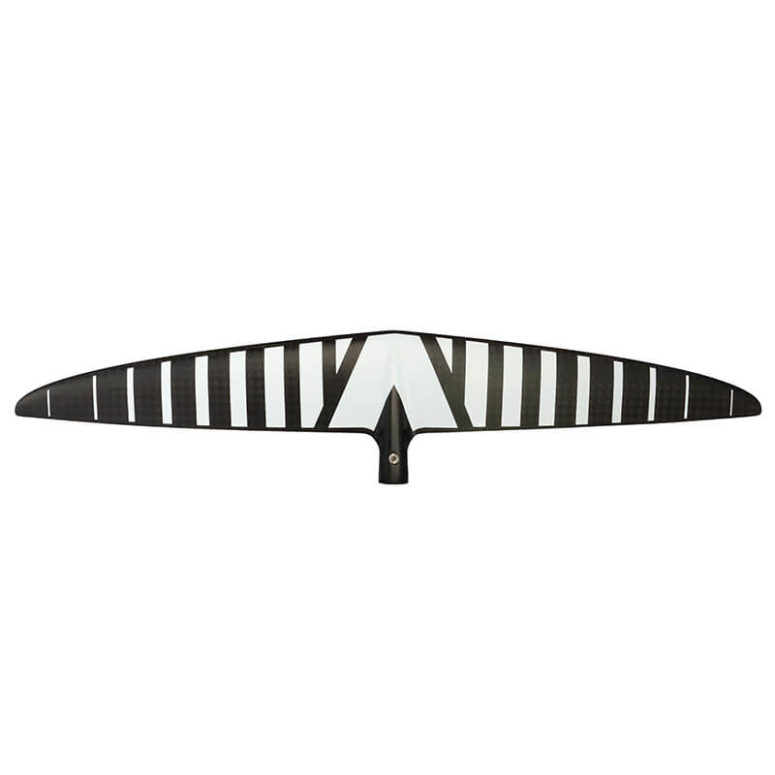 New Zealand is a hotbed of foil advancement at the moment, and after much development with input from Kiwi America’s Cup Helmsman Pete Burling, Armstrong have released a true high aspect foil, which sits as the little brother of the HA1125, aiming for a highly manoeuvrable and fast surf foil to market.

In the hands, the HA925 immediately feels light sitting at around 900g, It’s a high density foam core wrapped in exquisite high modulus carbon. Like it’s larger HA1125 sibling, the HA925 is compatible with the A+ modular system Armstrong established this year. The increased stiffness they have built into the A+ system more than comfortably accommodates a small high aspect ratio wing with very little play in the junctions.

Visually, the HA925 looks like some sort of futuristic dragonfly. There’s a light arc in the centre section of the foil over it’s span, and the tips curve back almost inverted, which allows you to whip your tips out and recover with a decent level of control and flow through the turn. The overall profile is noticeably thin, with the most thickness in the centre section, fading out to some skinny tips.

We paired it with both the 232 tail and Flying V200 which both yield quite different performances. If you want to tone down the experience or are a little apprehensive riding such a high aspect foil, the 232 is the way to go, this makes things more sure footed and grippy particularly noticeable when winging at high speeds. You need to be on your game to get the most from it, but the V200 really livens things up and makes for super snappy yaw turns, which will spice up prone foiling. It increases manoeuvrability substantially. Whether surfing or winging, we felt that the HA925 pairs well with an 85cm mast to get the most out of it. It likes to sit forward in the foil box a little with weight over the mast for optimum control through the turns. You can see the logic behind the new Armstrong board geometry.

Winging on the HA925 is fast and furious, and the angles you can achieve upwind are extremely impressive. There’s no denying it’s a little technical to ride at first, but you can eek a massive amount of performance from it in straight line speed and turning. The initial lift is impressive for its surface area, as is often the case with these high aspect wings. In it’s extreme top speed range, the 925 refuses to build any front foot pressure, running very neutrally which gives you great control.

For the average weight rider, the HA925 is going to be a quiver topper for wing and prone use when the conditions are looking aligned powered and perfect. For me at 90kg running it alongside the 1250v2 or HA1125 would be a sensible choice as a more of an all-rounder for variable northern European conditions. If you’re sub 80kgs, the 925 is going to have massive range of application and for intermediates and above, it could well be your daily driver, with limitless performance you are unlikely to grow out of.

The HA925 feels extremely precise, manoeuvrable and glides exceptionally providing you maintain speed, and keep high on the mast. It’s a high aspect wing that really concentrates on precision carving, resulting in a true surgeon’s scalpel of foils, and proliferating the surfy feel that transcends the Armstrong range into a turbocharged front wing.