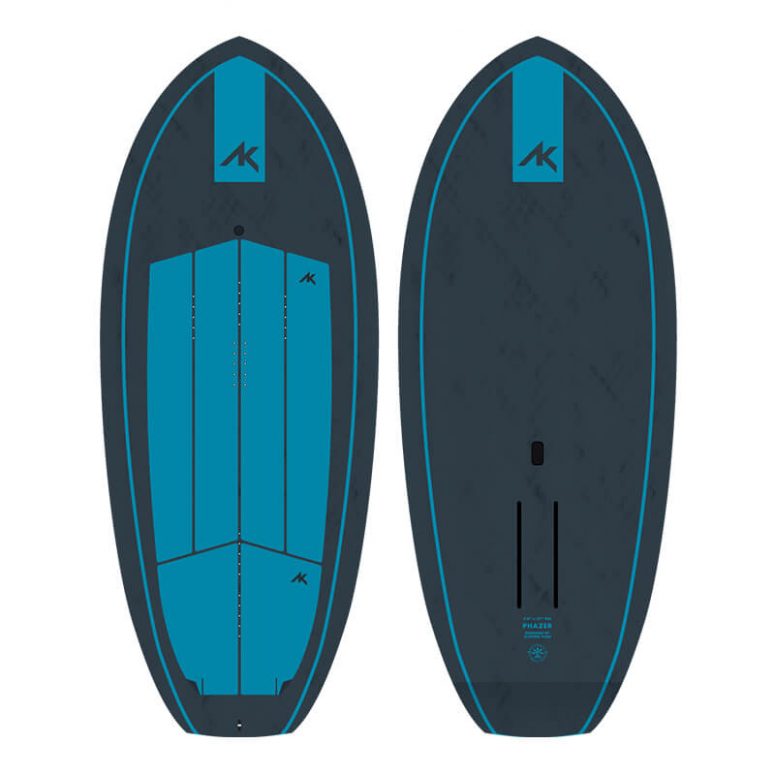 AK do their product development in South Africa and have a wealth of kitesurfing knowledge stretching back with their sister brand Airush, so it was only a matter of time before they produced some wing gear with the heady mixture of wind and waves down in Cape Town.

It is fascinating testing wing boards at the moment, with such a rapidly advancing sport diverging out into quite defined genres already. Some of the more wing-specific boards have started to homogenize into short stubby and relatively wide affairs, carrying their volume quite uniformly through the rear three quarters of the board. The Phazer does things slightly differently – the bulk of the volume is under where your front foot naturally rests, and it has a defined and more traditional surf nose to the front of the board, reminding us of a retro fish outline. Over its length it is actually not that wide, with its more flowing outline maxing out with gentle curves more or less where your front foot or chest naturally sits. Build wise, it is a lightweight yet robust brushed carbon with a durable matt finish, which takes abuse well and seems to hide the inevitable scratches. There is a light concave in the deck, and a relatively thin EVA pad which retains decent feedback from the board. A mini handle sits on the underside of the board which is essential for clearing shore break unscathed and gives a safe separation between the wing and foil. The track box sits fairly far forward, but there is no issue burying the tail for take-off as there is not much volume there.

Even with 90 liters, the 5’8 Phazer feels extremely lively underfoot as it has such a low swing weight, which is noticeable when pumping and throwing it into tighter turns. With wing propulsion, it feels sleek and builds speed quickly. It also releases far more eagerly than you would expect, and this applies to both paddling and wing. For me, a 90l board matches my bodyweight almost perfectly and off the foil it is easy enough to limp around on the surface without much power in the wing. That volume under the front foot works its magic again. For the progressive freestyle winger there is a broad range of foot strap inserts, and the very low weight is going to make jumps and rotations as easy as possible. The volume under the front foot on a hard touch down bounces well.

In offshore scenarios the pointed nose heads into wind extremely well, and it doesn’t feel like it stalls in the top of the wave too much if you make a drop of consequence with a strong offshore. Couple this with a lean and efficient wing and you can achieve angles you didn’t think possible into clean waves.

Currently, the Phazer stands out from the rest of the wingfoil board brigade with its more traditional surf lines and is all the better for it. It is an exercise in elegant design in a boxy and wide market segment and AK have succeeded in creating an agile and very capable wing board with decent crossover prone potential. 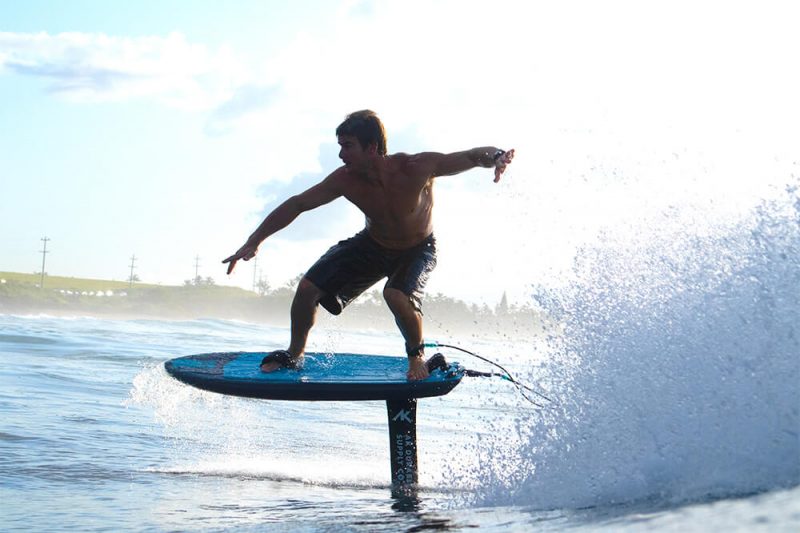 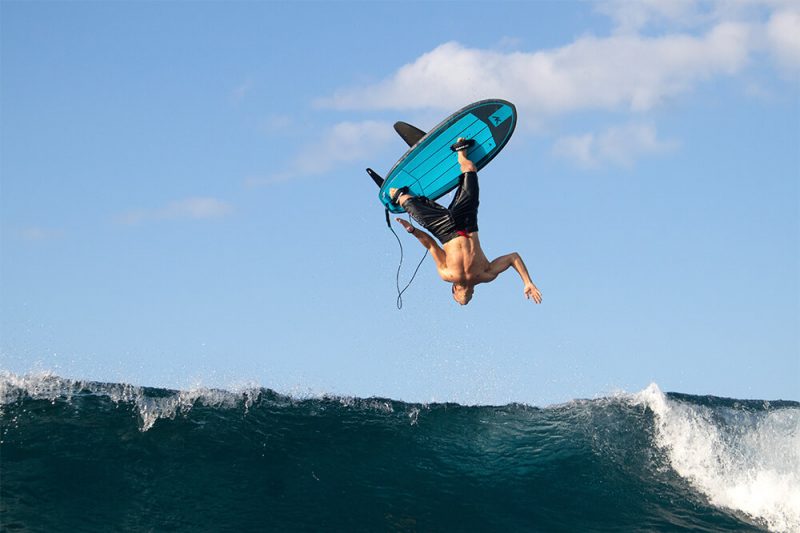 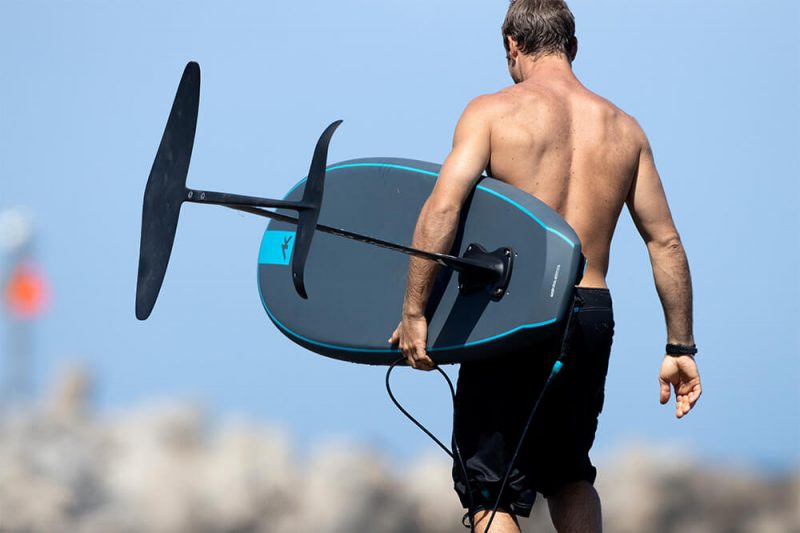 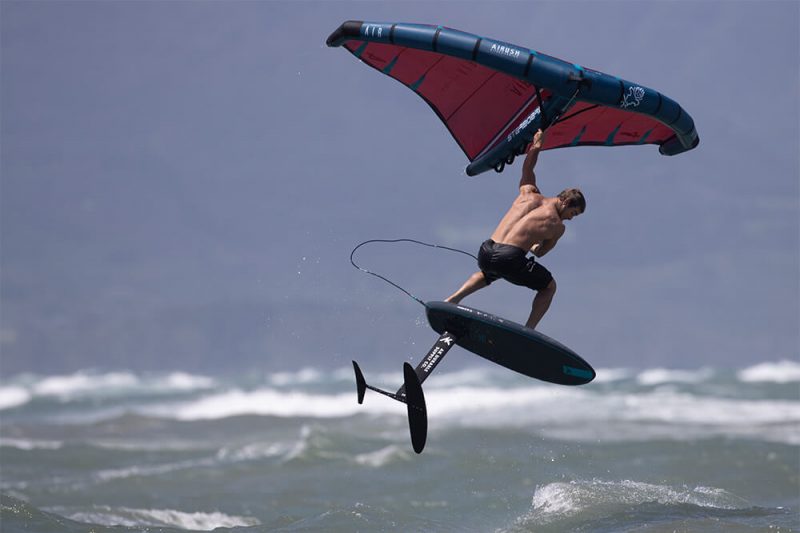 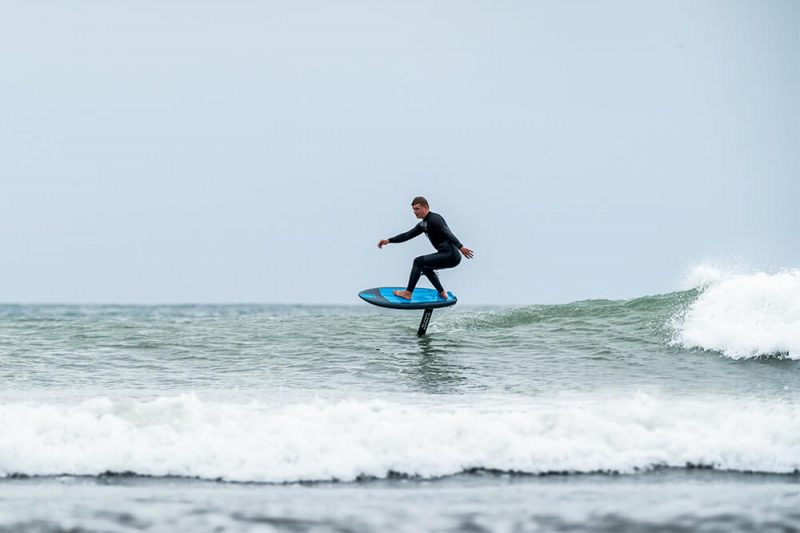