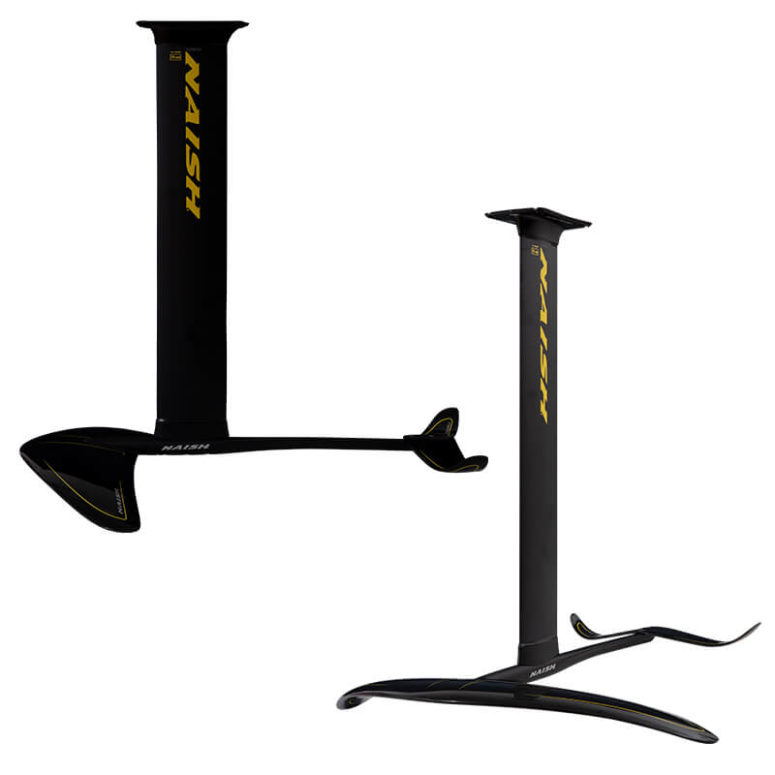 Maui: the land of big waves, stiff breezes, and of course, Naish. From this fertile testing ground came to me the Jet 1050 and 1250 (S25), a pair of high-performance foils touted for their capability in a variety of applications. Test conditions were waist to overhead surf, ridden both prone and behind a ski. My skill level is advanced and I come in around 155lbs/70kg.

Out of the box, Naish provides an EVA foam slipcover for both the front wing and stabilizer. The mast and fuselage came without protection from the factory, though — it’s possible that in a retail scenario, the optional Naish cover for the mast might be included, so do your research. Let’s lay out the kit: two front wings, 1050sq/cm and 1250sq/cm, respectively, followed by Naish’s midsize 320 stabilizer. These wings are pure mid-aspect, with a gentle anhedral curve to them. No sharp points or thinned-out edges here, making these wings approachable from the onset. The tested 75cm carbon mast belongs to the newest S26 season, making it one year newer than the wings, stabilizer, and fuselage. Bound by standard M6 Torx hardware, the entire kit requires only one driver to assemble, which is a nice livability touchpoint not yet standardized across the industry. Fit and finish are beautiful, and the yellow and black color theme is distinctly Naish from any angle. In hand, weight feels nearly identical between the 1050 and 1250. In all, the impression is that this is a solid, beefy piece of kit. The mast itself certainly contributes to the overall weight of this setup. On the flip side, it displays excellent torsional rigidity for a carbon mast, which is a major benefit when towing at high speeds. If weight is a concern to you, perhaps consider Naish’s extruded aluminum alternative.

On the water, this pair of Jets are well tailored to the needs of a rider in the early stages of either tow foiling or wake foiling. Alternatively, they're also a good match for those learning to surf smaller, more maneuverable hydrofoils. Dropping in prone, the stretched out fuselage and large stabilizer give these foils tremendously forgiving pitch sensitivity. Speed is moderate, but not fast. The 1050 edges out its larger sibling in this department, as expected. When towing, the speed range of the 1050 suits less experienced riders well, as it tends to stay in the pocket rather than shooting out ahead of the wave. In a bank, the 1050 performs noticeably better than the 1250, again, meeting expectations. These characteristics make either wing a good choice for wake foiling. I recommend choosing one over the other based on the size of the wake. My only small gripe with these foils comes when pumping: at least with the 320 stabilizer, connecting waves is quite a labor-intensive affair. The pitch stability that makes steep drops so manageable makes it a challenge to keep flying through the pump cycle. Compounding the issue is that narrow stall window, narrowing the range of use all around. If you’re powered up and at speed, you’ll be happy. If pumping and small waves are a critical facet to your riding, then consider looking at Naish’s high aspect lineup instead.

In all, the Jet 1050 and 1250 offer a decent level of baseline performance that speaks to the needs of foilers in those early stages of tow and surf development. If you’re in that segment of the market, Naish’s S25 Jet should definitely be on your list! 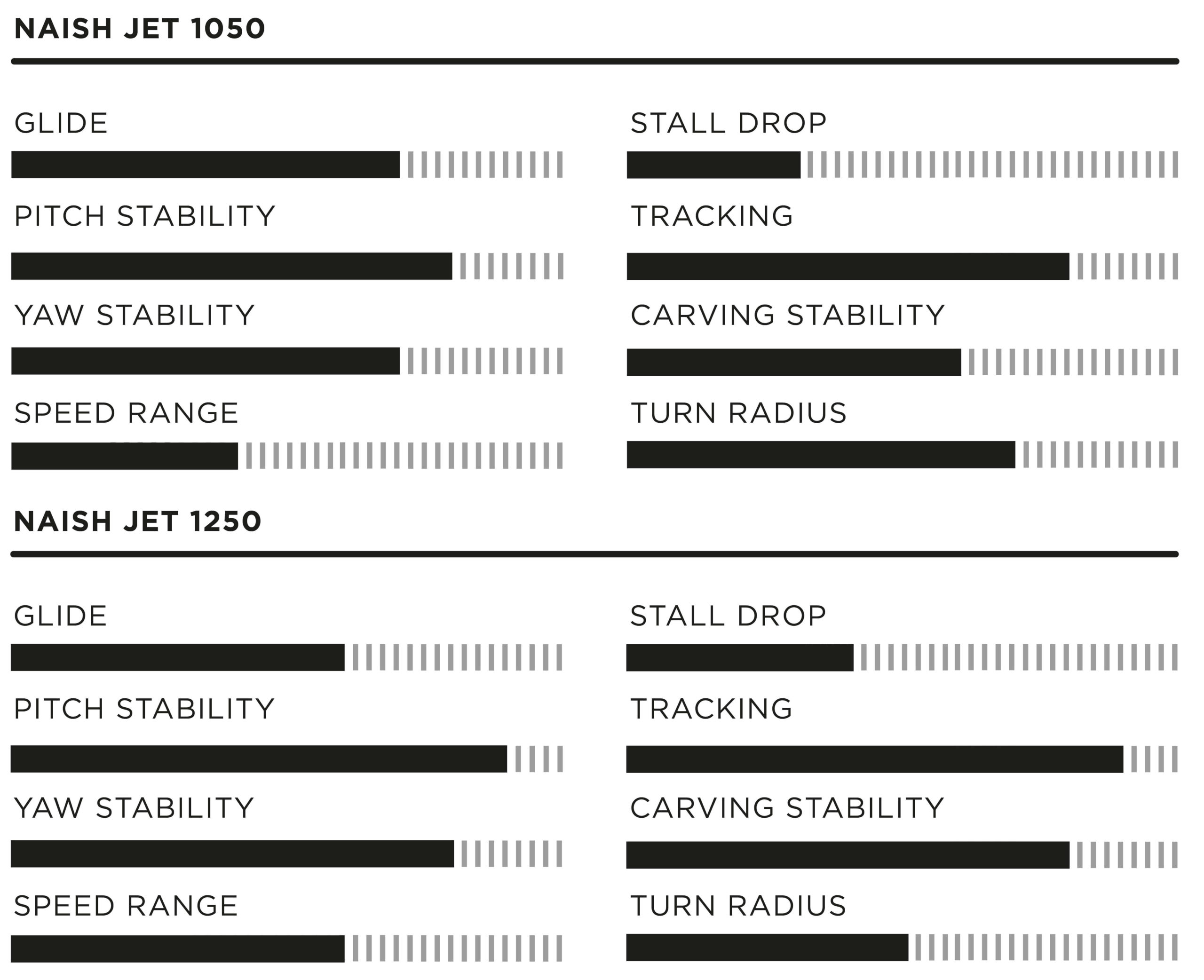