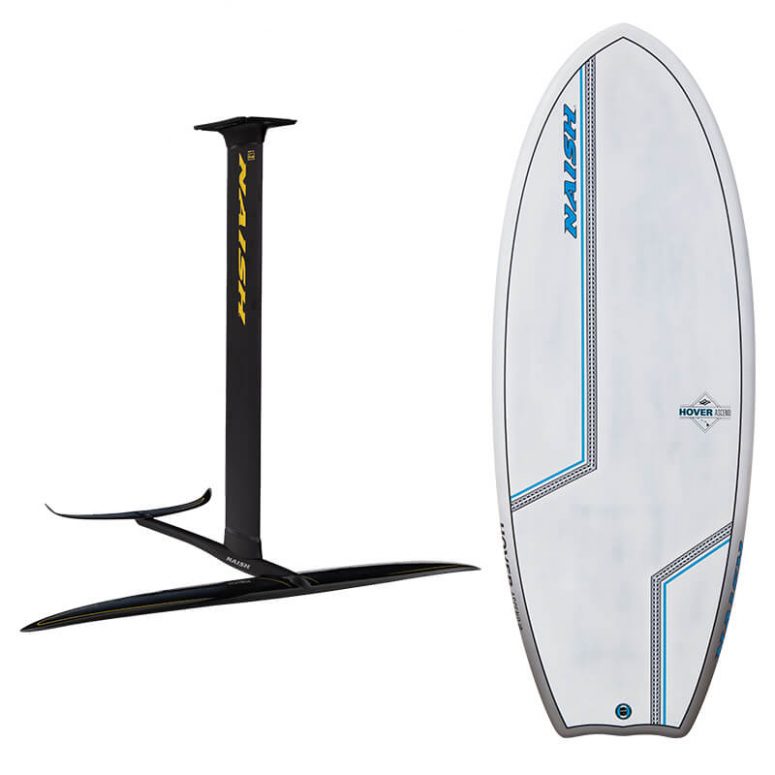 Naish has come out with its long-awaited smaller sibling, the 1040 HA wing, and an all-new carbon mast with reinforced improvements to mast fuselage connection which fit perfectly as I assembled it all. The HA1040 has a beautiful gloss finish that really shines and reflects like a mirror. Naish have definitely stepped up the quality again in a currently very competitive market.

I took it for a spin at my local spot, I like to glide fast and on the pedal, this wing turns faster than its bigger brother and still pumps great as the thinner profile creates less drag, it’s part of the high aspect range after all. This is the first HA wing I could snap confidently in the wash, it’s definitely more responsive and lively considering its large wingspan. I rode it with the shortest new fuselage, as I always like test the performance side of gear. The glide is lasting and pretty fast before engaging the pump, and I found it super easy to dial in the rhythm and pump overall. The lift on take-off is clean and controlled compared to bigger wings as I took it into some solid shoulder high drops. It’s impressively stable and predictable with less roll than some foils out there. It feels more of a front foot driven style wing but remains well balanced through its speed range without requiring you to apply too much front foot pressure. The carves are drawn out , blended with a roll and some pivot-through turns. I was impressed with how adaptable this wing is – it is your true all-rounder and can be playful in all types of waves up to shoulder high and with some energy also for downwinding. It’s a very impressive offering from Naish and this wing will be probably the most ridden and most balanced wing in the line-up for a one-for-all to have a blast on.

The all-new 4’8 Naish Hover Carbon Ultra comes in at 25 liters and immediately put a big smile on my face when I picked it up from Robby Naish and Scott Trudon (Naish Brand Manager). It’s a fantastically constructed piece of carbon and feels like you could run a truck over it and it wouldn’t snap. It just screams ‘ride me’ and reminded me of a Maui skimmer. The shape is very pointed in the nose like a high performance shortboard. The profile is really thin and minimal and that appeals to me opposed to riding higher volume foam.

I paired the board with my personal foil to push this board to my style of riding and best way to fairly test its attributes without changing the goalposts too much. It paddles very easy and smooth. The water was glassy and the first wave felt immediately good under my feet. Once I dialed in my mast position this board really was a blast, reminded me of short board surfing and got some great snaps off the whitewash and open face. It recovers like a champ with those surf shaped rails. I personally think the traditional surf rails is where it’s at, and we will lose some of the gimmicks found in most boards today and return to known tried and true simplicity. This board was the best 4’10 I have ever pumped due to its narrow nose I think, and with only 25 liters it slices through the air with ease. The rocker seems mainly in the nose with the remainder of the board having a pretty flat rocker overall. This board is really a great multi-purpose weapon, so much so I want to take it for another spin… There is no doubt that you – like me – will have a blast riding this multi-faceted rocket of a board.