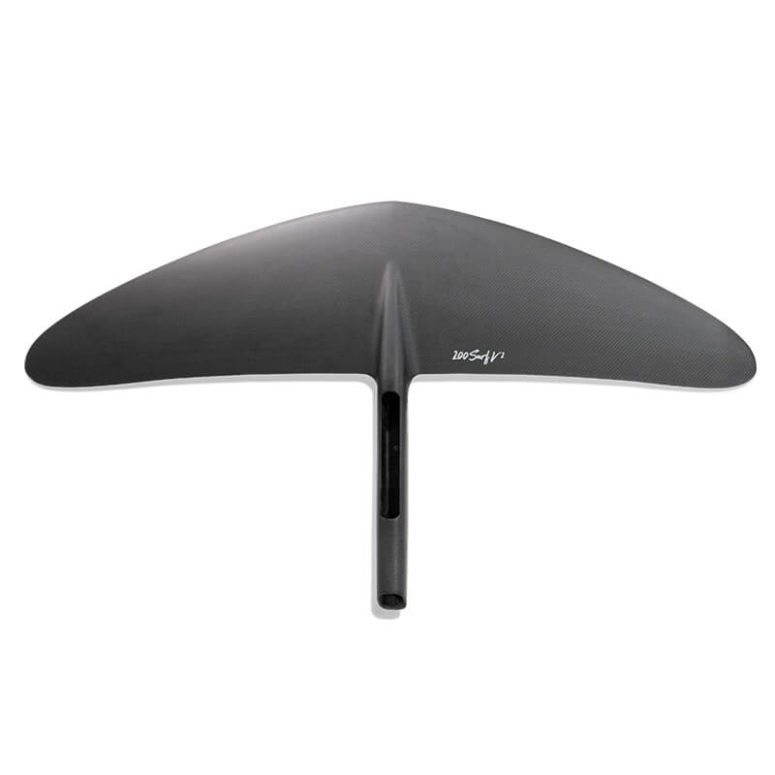 While its smaller sibling, the 150v2, might’ve received the lion’s share of media attention upon release earlier this year, Lift’s 200v2 is a terrific foil for riders looking to expand their Lift quiver or join the brand’s ecosystem. If you’re familiar with Lift’s preceding generation surf wings, the v2 iteration is broadly an all-round performance improvement from that series. The new family covers the gamut from beginner to pro with impressive consistency between models — in all, it’s one of the most diverse, high performing, and yet accessible ranges in the industry. Certainly something to consider if you’re in the market for either an upgrade or a starting point.

As always, starting with some numbers behind this test: I come in at 155lbs/70kg, and tested the 200’s capabilities while light wind wingfoiling and flatwater pumping. Boards were on the mid to lower end of the volume scale at 88L and 27L, respectively.

In a phase when “high aspect” is an industry buzzword, you might argue it’s counter current on Lift’s part to release a new mid-aspect foil. On the contrary, I think the 200 (and the entire v2 surf series) addresses a real need for stable, approachable foils that are fun all around. That being said, let’s go over the physical properties of the 200v2, starting at its outline. With traditional lines and a gentle leader edge taper, this wing has an aspect ratio of 5.4, slightly higher than its predecessor. In line with this update comes a thinner foil section, along with the gentle downward-sloping profile inherent to the Lift DNA.

I paired the 200v2 front wing with a 25 Glide tail and 28”/72cm mast, which is how I’ve historically tested Lift’s other v2 foils. For a medium to large sized wing, it’s light on its feet. Pitch, roll, and yaw feel alive, yet controlled and very progressive. When allied to the 25 stabilizer, the speed range of this setup is quite good, especially on the bottom end. Handling is friendly in a tack, or when pumping back out of a slow phase in flight. To this end, the 200v2 is quite beginner-friendly. The characteristics that make it accessible to beginners can be quite fun to the advanced foiler, encouraging progression with minimal consequences. To the average user, I’d recommend this wing with a 38 stabilizer. Cutting back on the extra pitch sensitivity of the 25 would make the early days of progression even easier.

Those considering this wing may compare it to the 200v2 High Aspect (HA). The primary advantage of the Surf over the HA lies in its turning abilities in surf along with greater pitch stability. A more advanced rider of comparable weight might be well off with the high aspect model, but the Surf is ideal for those wanting more balance and stability. If I were on a desert island with only one wing, I’d bring the Surf v2.