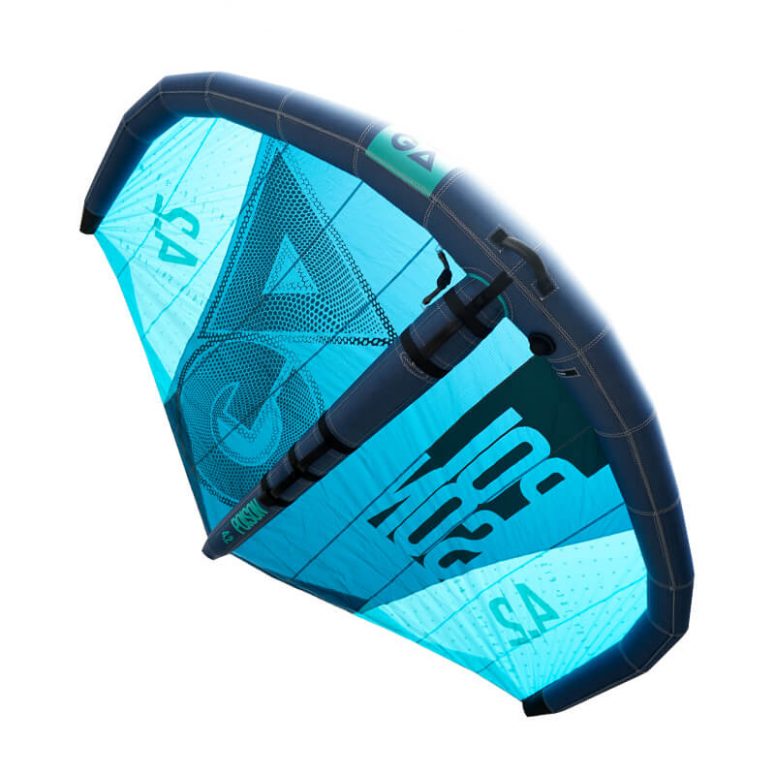 Gaastra are a brand with a long and respectable history in the wind sports market. They’ve now entered the wing market with their second generation of wings. The Gaastra Poison is their dedicated waveriding wing, that joins the progressive all-round freeride Cross wing to complete their 2021 wing range. Featuring a thick leading edge and profile, a very light and rigid triple ripstop construction and three perfectly positioned handles, it is a well-conceived and effectively designed wing.

Along the middle strut there are harness attachment points and a couple of Velcro patches allowing the rider to get creative and take accessories with him or her. While waveriding and flagging, the wing floats in the wind with a lot of stability and holds in the air by itself. It is really solid on the yaw and doesn’t flip easily when riding, which is confidence boosting in the waves. The handles are comfortable and rigid enough to provide instant power, especially in lighter winds.

We had the Poison 4.2 on test, and it provides a lot of power for a wing of this size. It is as powerful as other 5 meter wings that we have tested, so you can drop a size for waveriding which is a big plus… Pumping the Poison to get going and there is a very impressive amount of lift which makes tough water starts super easy and provides instant confidence that helps you get up on the foil as early as possible. The range of the Poison is very impressive and we rode it in everything from 15 to 35 knots and it remained extremely stable in any angle of the wing. In the higher wind range the trailing edge flaps a little, but the wing continues to perform well. The wing sits intuitively at a nice angle so you never feel like you are ‘fighting’ it, and transitions are straightforward as the wing spins around assertively.

Overall, the Poison is a rigid, lightweight wing that will allow intermediate wingers to get into waveriding without any limitations and, with the extra power under the hood, it is also a solid choice for freestyle with plenty of lift. It is exciting to see how the world of wings is progressing and the Poison is a great example of a well-evolved wing that combines performance and usability and makes winging both easier and more performant…