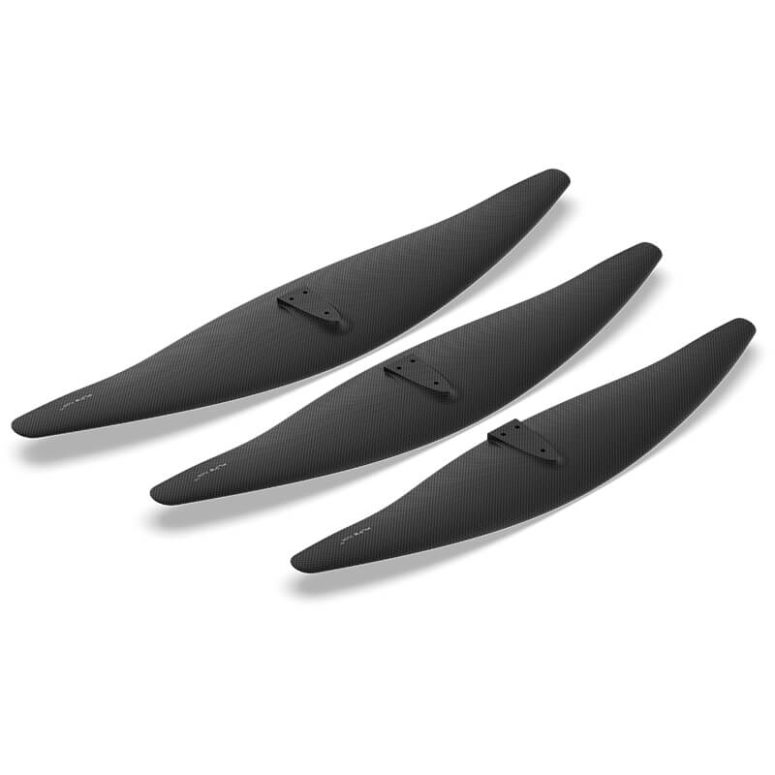 Fliteboard has created a comprehensive foiling experience through their attention to detail in all of their hardware and the creation of an interactive user app that allows you to look back at your session and see your stats. Their range of boards as well as a modular foil system allows you to tailor the foiling experience based on your needs and aspirations. Numerous boards allow you to size down based on skill level with those seeking the most responsive and surfy feel choosing to ride the Pro or the Ultra. Additionally, different battery packs allow you to tailor your setup for long sessions or maximum performance with minimal swing weight depending on the battery pack you install in your board, and multiple shims give you the option to specifically tailor how much front foot pressure you feel based on how you like to foil.

The Fliteboard modular foil range is made up of ten foil wings across four families ranging from easy cruising wings to race wings capable of going up to over 50km/hr and bombing down the massive waves of Nazaré. For this test we were lucky enough to test the Flow range with both the Pro and Ultra Boards (900,1100 and 1300). These wings have a higher aspect ratio (AR 7.44) aimed at providing a fast and maneuverable foiling experience and are the foils of choice for riders like Tom Court, Keahi de Aboitiz and Adam Bennetts for in the waves and cruising around.

The first foil that we tried was the 1300. Having never e-foiled before, it made sense to start big. The foil was incredibly stable in the roll axis and getting up was no issue at all. Getting the board on foil is then done by increasing the speed of the motor using the intuitive controller and despite the occasional user error in throttling up too fast, the lift on the Flow 1300 (and across the range) was smooth and never launched us off. E-foils are by nature front foot heavy, but after a bit of playing with the rear wing shims, we found a level of front foot pressure that was comparable to our ‘conventional’ foil setups we were used to. The 1300 was really nice to cruise around on and we were surprised at how fast we could go on it. In fact, all three wings are capable of going relatively fast and we rode them between 15-40km/hr with the 900 naturally being the most comfortable at higher speeds. However, what stood out for us wasn’t the speed but the carving feel of these foils. Initiating a turn on the Fliteboard is a slightly different feel, most likely due to the mass of the motor at the bottom of the mast and the dihedral shape of the front wings, but it's possible to lock into carves in a way that almost lets you feel like you are carving on a wave whilst actually just on flat water. As you size down, the wings get more responsive and the turn radius gets smaller which allows you to lean over and carve harder. In fact, we found that as we sized down, we were able to run the motor at either the same or even lower speeds, despite being on a smaller foil, as when we were turning we were generating speed and lift, just like when foiling conventionally. The Flow wings also have outstanding breach characteristics too, allowing you to carve that little bit harder.

Fliteboard’s Flow series of foil wings really impressed us with their surfy feel and are a great way to get people into foiling with surf foiling in mind (especially with the 1300), or for those wanting to get their foil fix on flat days. Although we weren’t able to test these in waves, which is a shame as we understand the larger Flow wings are designed with unpowered wave-riding in mind, looking at Keahi’s clips in Hawaii or Mr Bennetts’ most recent trip to Bali, it looks like the flatwater feel translates over to the waves as well. JM 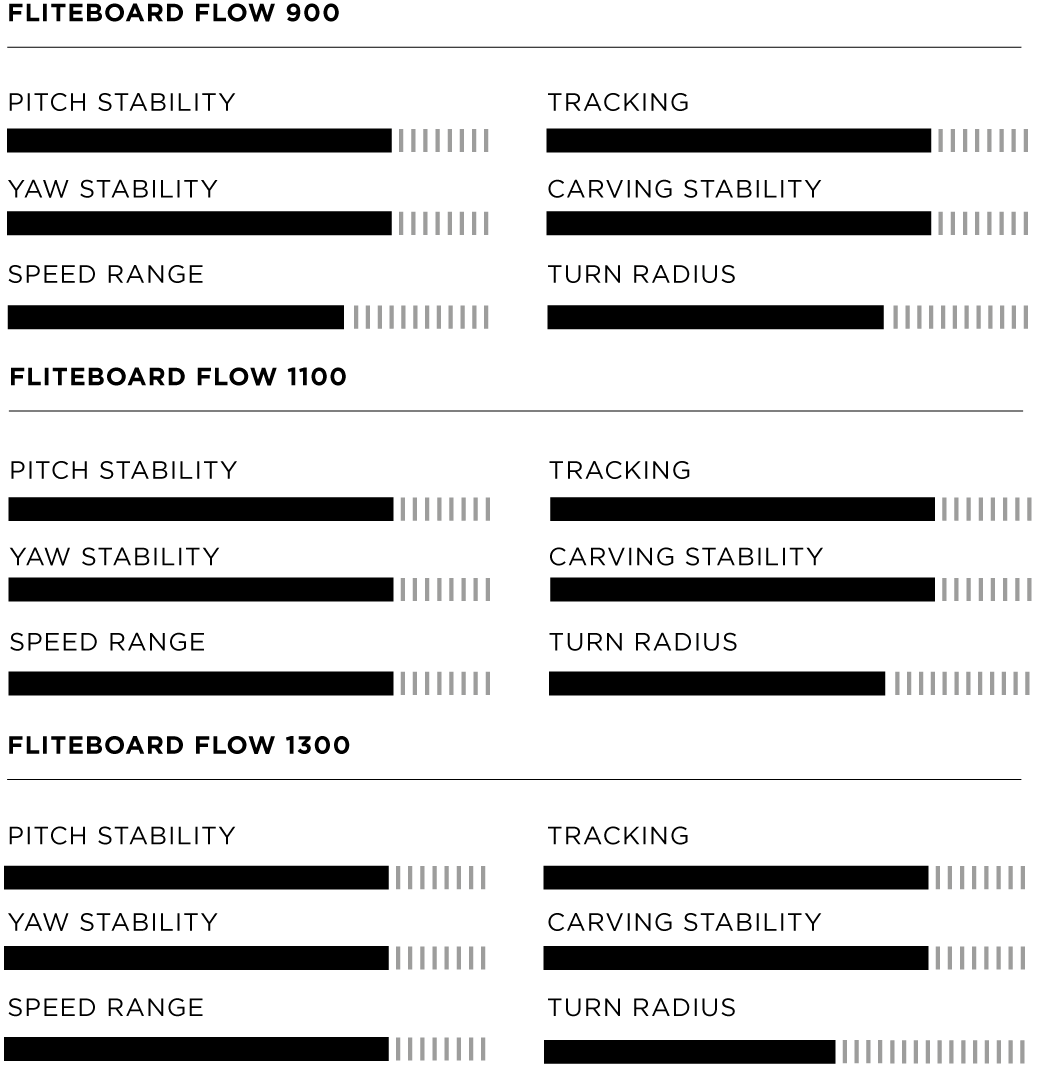