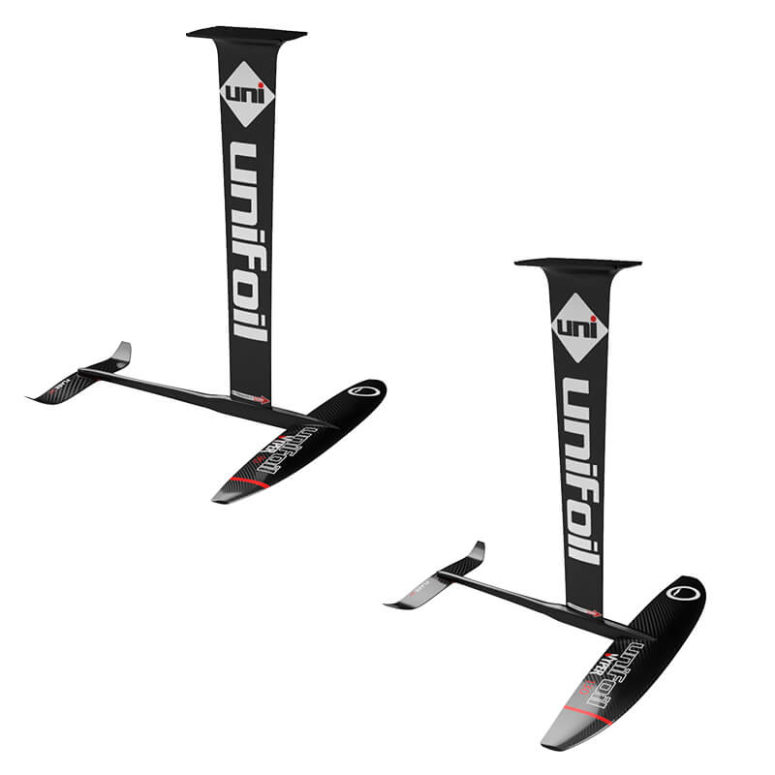 South African based foil brand Unifoil have always developed performance-oriented craft having originated from a land of long point breaks and raw ocean energy that suits the sport of foiling well. Their nimble “Vortex” series of front wings is still to this day a popular choice among many, especially when it comes to high octane tow-foiling – comfortably handling those adrenaline-filled drops and ripping high-speed turns with ease. Their “Hyper” range of foils, released later, was more focused on glide and efficiency, leading the high aspect market and unlocking the pump-game for many of us who dreamed of linking two, then three, then keeping up indefinitely, so long as there was energy in the water below us.
While the Vortex and Hyper were leaders in their respective disciplines, Unifoil’s newest range – the Vyper – is designed as the ultimate combination of everything that makes this company’s wings great. Designed by rippers Adam Bennetts and Dylan Wichmann over many iterations, the Vyper takes all the golden numbers from previous gen wings and adds a pinch of their “secret sauce” in new-tech foil section design to make a do-it-all wing that can be ripped all the way to the beach but still has the legs to pump way back out to do it all over again.

Combining factors not limited to a wingspan small enough to turn tight yet wide enough to glide, a section thickness with a high-speed bias but low enough stall speed, and a tip profile that can feel loose without being out of control, the Vyper series really hits the nail on the head in combining all the best attributes of a performance hydrofoil. Coupled with their newly released ultra-stiff carbon mast and amazingly light full carbon fuselage, it's clear Unifoil has gone next level with this range.

I was fortunate enough to try out the Vyper in ideal 4-6ft (verging on 8ft sets) tow conditions at my local reef, with none other than ex-pro surfer turned Unifoil Brand Manager, Paul Burnett, who’s lease on life and froth level has made him one of the leaders of the sport in my area of Sydney, Australia. PB holds nothing back, and it's clear when towing with him that he expects you to put everything you’ve got into your turns as he knows that the Vyper can handle it and more.

I’m 80kg, and my set-up for this day was the Vyper 90/130 paired with the 830 mast/short fuse/flare 14 tail. These wings were perfect for this (rather big) day and I was excited to say the least, as I can say in truth that for turning and bigger conditions this is the most high performance foil setup I have ever used.

Right off the bat, the 130 felt right. Easy to get going, no dropout, linear and predictable rise in speed. Whipping into these large open faces, the 130 was easy to keep down and its turning radius was insanely tight. Grabbing rail and cutting back with all possible vigour, I could hear PB’s yells from the ski telling me to go harder, because surely he’s seen what guys like Adam Bennetts can do on this equipment and knows its limits. On one ripping grab-rail cutback, I managed to get the wing tip out of the water, from which the Vyper recovered easily and smoothly. On a few set waves where I was maxing out on the drop trying to keep the wing down, I could feel it feathering on breaching (if not coming out of the water completely) and yet it still held on with barely a loss of control. On the contrary, as the speed of the wave died or if prospecting in-between, I could still happily pump the 130 (and remember this is only a 830 square centimeter wing!) out to other waves with ease. Even a few downwindable bumps could be picked up by this foil section which seems to be the perfect combination of high speed performance with the necessary touch of pump efficiency that one would look for in a tow wing like this. Mind blown…

More than impressed by the 130, we swapped out for the Vyper 90. Our new mission soon became clear – chase the sets. Instantly, this “little brother” to the 130 made these 4-6ft waves feel like they were a lot smaller with its higher speed bias. What were before adrenaline-fuelled drops became much more effortless. Verging on 8ft on some of the bomb sets, the 90 handled the speed down the face much easier and hitting those high G turns were tighter again. The same breach characteristics were still present, along with a surprising pump efficiency and low stall speed for such a small wing (~580 square cm), albeit less so than the 130. A clear memory from this day was dropping down the set of the day at mach-10, hands out in front with the sun in my eyes, smooth water shooting past me and feeling like I was flying. Surely it’s moments like this that draw us to this sport, and it makes it all the more enjoyable when you have nimble gear like the Vyper under your feet.

While this bigger day called for the smallest of the range, the Vyper sizes include the 90/130/150/170/190, so there is plentiful choice when it comes to which wing will be best for the rider and conditions. Having pumped the 90 and 130 around on this day, I think I will be amazed when I get a chance to ride the 150, 170 or even the 190. Looking at specs, the 190 is the biggest wing of the range but has only the span of 865mm! Unifoil has definitely cooked these wings up using all the right ingredients, and it’s going to be hard to go back to my own usual HA setup after riding this gear.

If you want to perform proper tight surfing turns on a hydrofoil, but still love the ability to pump and link waves, I think the Vyper range of foils will surely take you to that next level. Combined with an obvious build quality and a very slick and cool brand feel that Unifoil is known for, I expect to see the Vyper become another very common wing for performance-oriented individuals in my area. JK 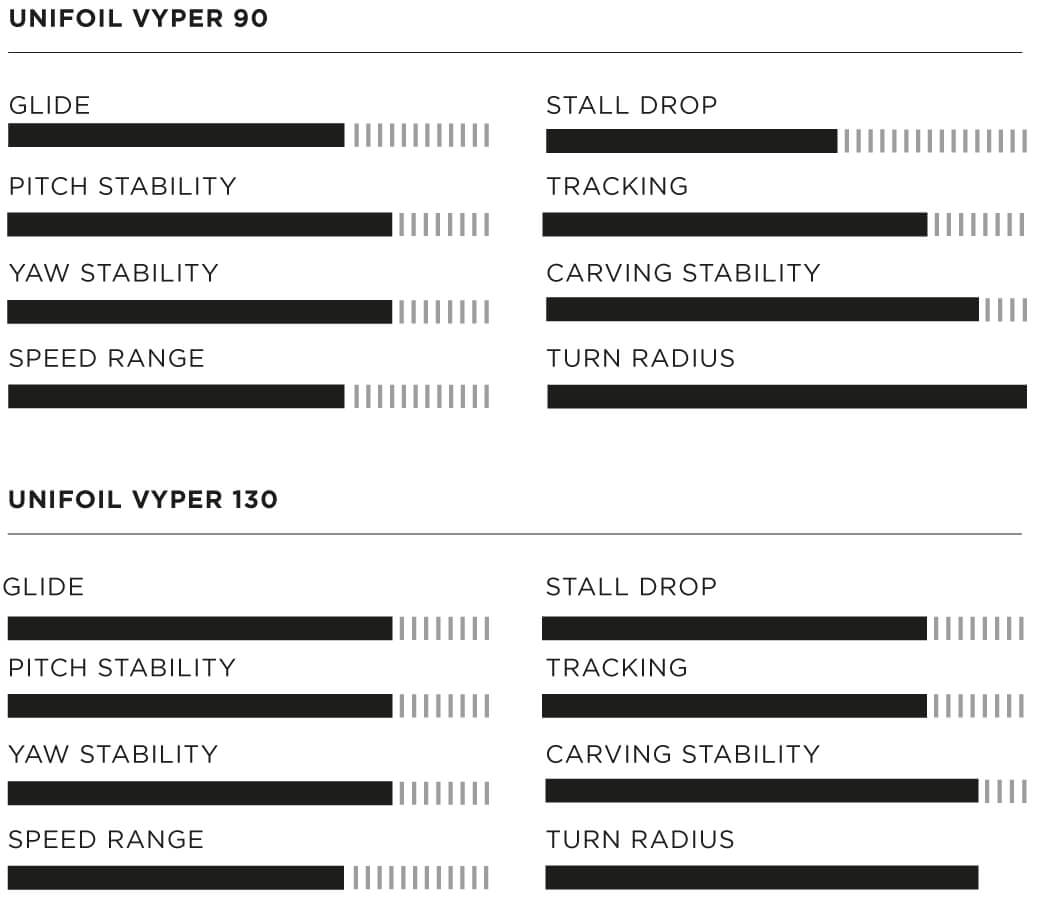