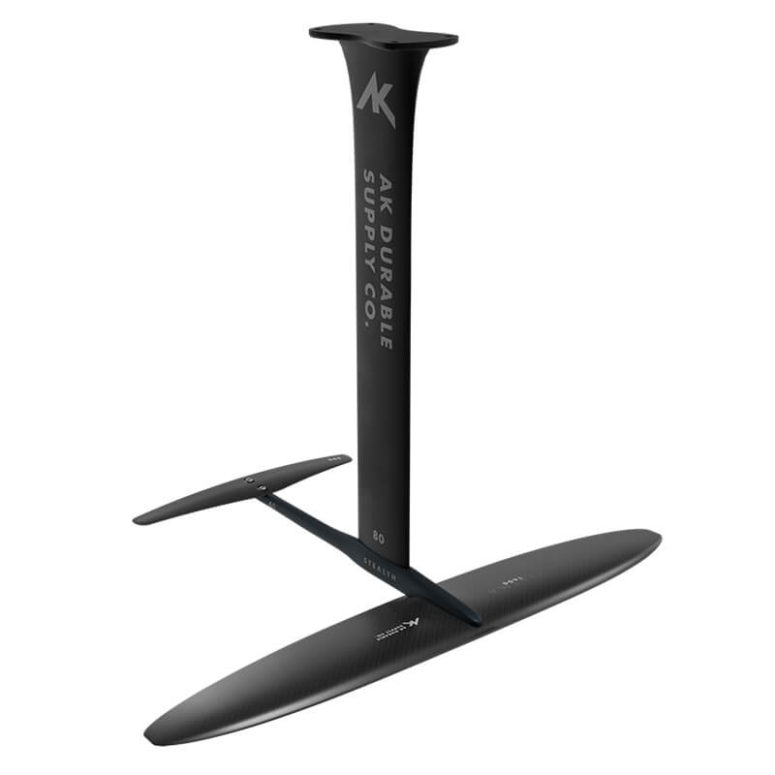 AK Durable Supply have responded to the demand for higher performance surf foils as ability levels increase and wingfoiling continues to see a huge surge in take up. Clinton Filen and Zane Schweitzer have worked closely together to extend their range of surf foils into the higher aspect realm with the Plasma range.

As with most, it’s a completely modular system with cross compatibility for the main components. The connection system is a refreshingly simple and fuss-free affair. The mast slots into a sleeve in the top of the fuselage and bolts straight through with two large M8 bolts with hex heads. The sturdy M8 bolts hold on the front wing, and the fuselage tucks fairly neatly into a pocket in the composite on the top side. The stabilizers we tested both have a degree or two of pitch adjustment built where you simply adjust the angle by rocking the fuse to your desired angle along its chord axis, before tightening the two M6 rear bolts. This is a nice touch with no fiddly shims to misplace, and will work well on the fly at the beach. Two lengths of the CNC aluminum Stealth fuselage are available in 71 and 61cm. It has quite a pronounced spine running down the underside, which is certainly going to aid tracking. For the Plasma, we definitely think the 61 is the way to free up the turning and increase the pitch sensitivity to get the maximum out of these high-performance foils. We tested primarily on the carbon 80cm mast which is an extremely solid piece of composite. The track base has a large rubber buffer to protect your board, and is molded into the top. It’s thick at the base end and tapers off into a mid-profiled section for the remainder of the mast. It’s exceptionally stiff, with zero play at the mast base to board connection and comes in at a favorable weight compared to the aluminum.

The Plasma 1600 is reminiscent in shape to the Spitfire wing with friendly looking rounded wingtips and a relatively flat arc over its span. It’s got instant lift at low speed and remains silent until really pushed. It yields an admirable amount of maneuverability for its span, particularly when paired with the shorter fuse and Arc Down 300 tail. For most, it’s going to suit smaller conditions surfing and more marginal wind conditions on the wing. For SUP foil this is going to be your go-to size. Rather than build front foot pressure when it tops out, if trimmed neutrally on the stabilizer it just reaches full speed and stays there in a cruise control fashion, making it easy to lodge yourself in the pocket and not overrun the wave.

The Plasma 1300 takes a little more juice to get going and then provides full fighter plane performance. It has a nimble skatey turning character but balances that fine line successfully of remaining reassuringly stable and surefooted when thrown into a fast corner. For the intermediate and above rider of average weight, the magic is definitely happening in the 1300 size which is going to be the go-to front wing for a broad range of conditions. The 1600 and 1300 cross over extremely well to make a practical quiver you can quickly tailor to wave or wind conditions.

The AK Plasma system is unassuming, simple to assemble and extremely performant. It’s a flexible discipline-spanning modular system particularly suited to crossover riders who flick between surf, SUP, wing or even kite, thriving in a range of situations. 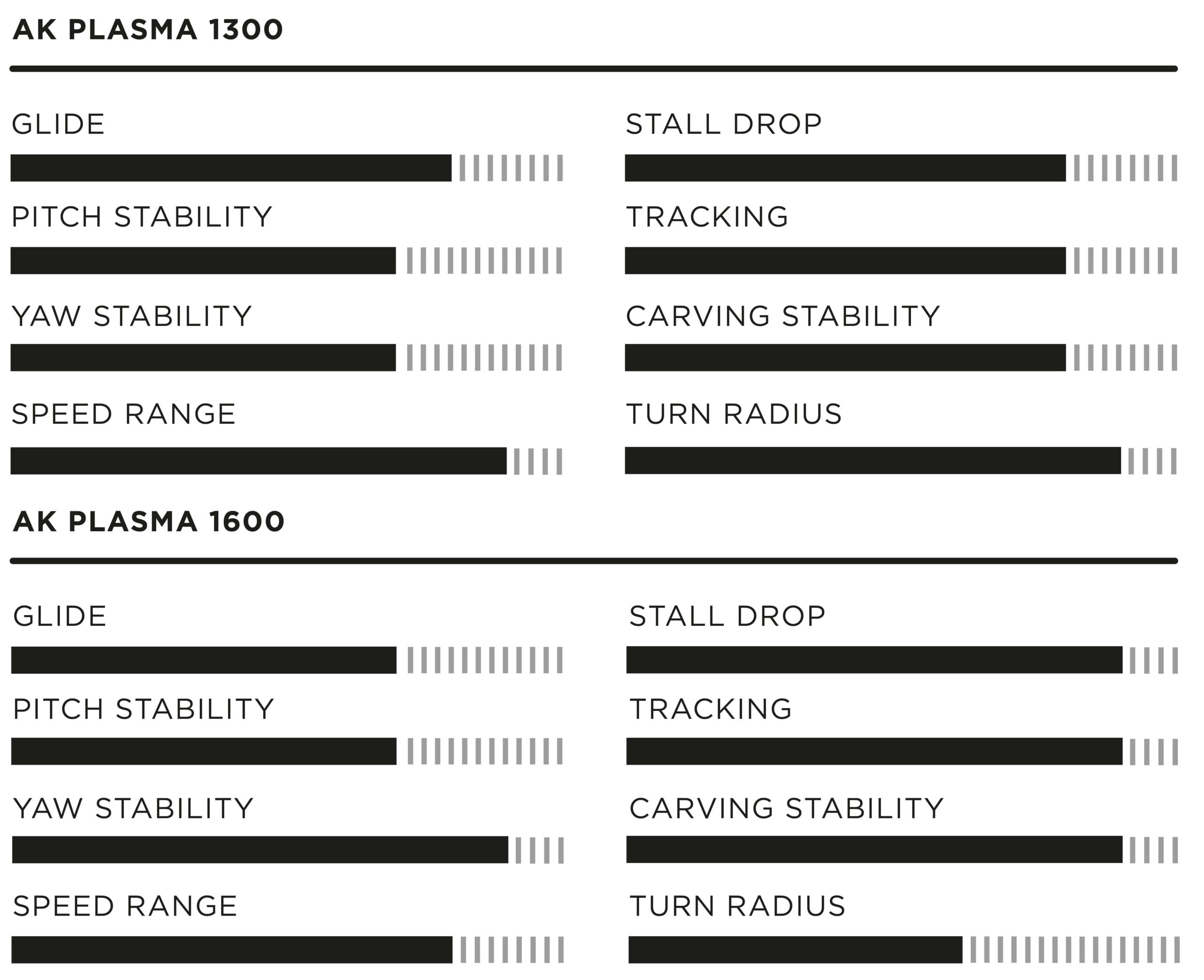