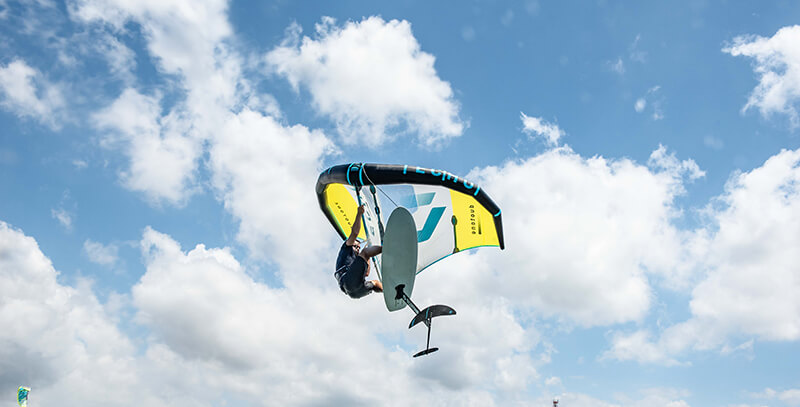 Roberto Veiga and Victor Adamo go on a wave-hunting adventure on the coast of Brazil…
Everyone knows the coast of Ceará for its beautiful beaches, sun, heat and constant winds. The season that begins on August 1 attracts thousands of sailors to the northeast of Brazil. Kitesurfers from all over the world arrived in Fortaleza to take advantage of the classic wind conditions for those 100% kite vacations, but wait there… strong winds generate waves, where several benches and an aggressive tide exchange make this coast the paradise for Wing Surf !!!
In this sailing season in Ceará I focused my energies for Wing Surf, a new sport that mixes all the water sports I have ever practiced (Wind / Kite / Foil / Surf). Our base on the trip was Praia do Cumbuco, in Kitecabana, a classic spot in the region that offers perfect winds and undulations for the Wing. For this trip I invited my teammate Victor Adamo “Pimpows” to search for the best conditions for the sport and we got incredible conditions.
Arriving at Cumbuco I had the privilege of debuting the new Wings of the Duotone 2021, models Echo and Unit, are high performance wings that provide a lot of control and stability in the sailing. The sailing in front of Kitecabana was great for catching up on gybes and tacks. The jumps on the two bases are very reminiscent of the windsurfing season. With the high tide the waves are perfect for surfing! You could feel exactly the difference between the new Duotone Wings:
# Unit = more surf and lighter, perfect drift on the waves and more power for the waterstarts. 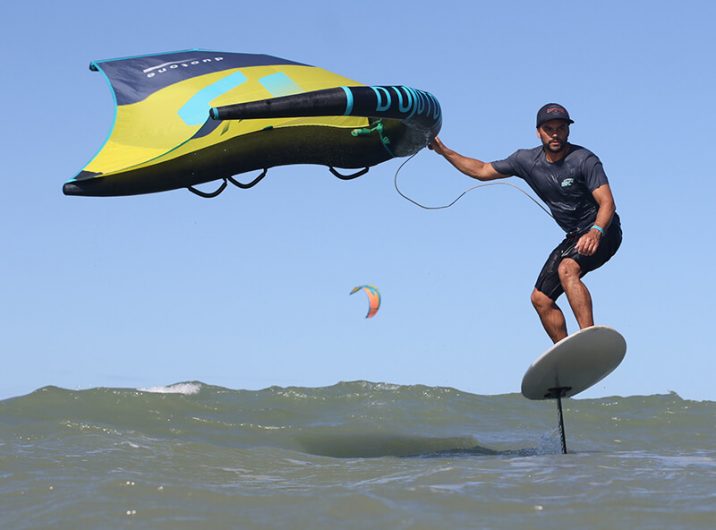 # Echo = more versatile, with boom, use with harness and I can print more speed for jumps. The boom brings the feeling of windsurfing and much more precision in sailing. In surfing Echo had a great evolution and is very close to the Unit comparing the drift. 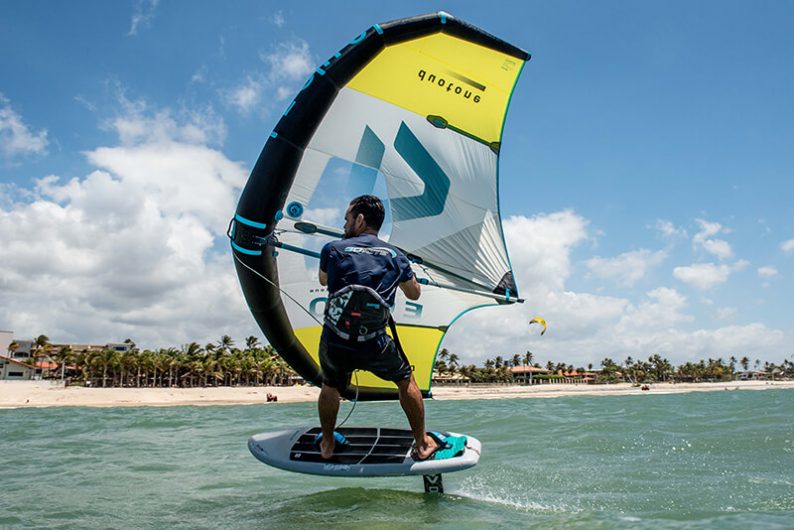 Our friends and photographer Hugo Valente and Gabriel Gomes recorded some moments of the sessions at Cumbuco.
Looking at the forecasts, seeing the tides falling and swell reacting, we decided to go to the paradise of strong winds, Jericoacoara! Jeri has a reputation for intense winds, is the peak of kite and windsurfing, and we wanted to feel that nostalgia of sailing Wing Surf on one of the main stages of Brazilian windsurfing.
Arriving in Jeri we stayed at the beautiful Rancho do Peixe that offered the whole structure to explore the region, as the Rancho is in Prea our destination was Jericoacoara, where we took advantage of the structure of Vila Kalango and its traditional wind school Tico Wind to make our sailings daily.
Every day in Jeri the winds did not disappoint, we sail with winds above 30 knots, with wing 4m full power. At the peak of the “flag” wind in Jeri they make great kickers, perfect for jumping and also for surfing, the local Wind partners went crazy with Wing Surf! 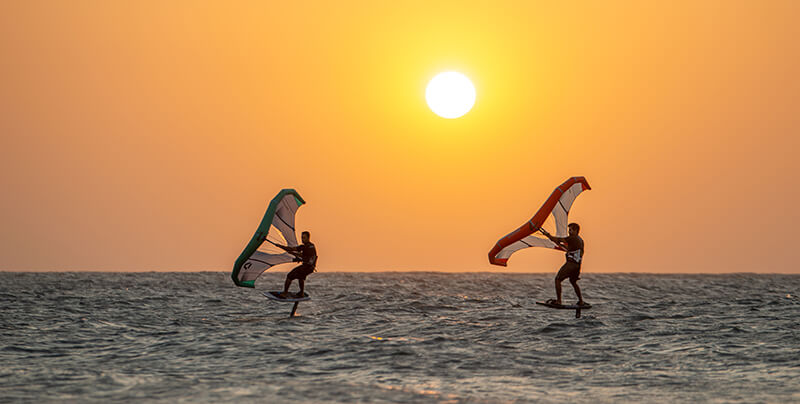 We stayed for a few days in the region, where we sailed on several beaches, in addition to the peak of wind, we went to Praia da Malhada which form gigantic undulations that are great for jumping. Finally, we did an incredible downwind from Rancho do Peixe to Vila Kalango. This downwind was one of the most incredible parts of the trip, the winds were super strong, above 30 knots and the waves were huge, you could surf the waves for minutes without the aid of the wing, many turtles in a surreal view of the Saw, Pedra Furada, Malhada beach and finally the dune of Por do Sol. 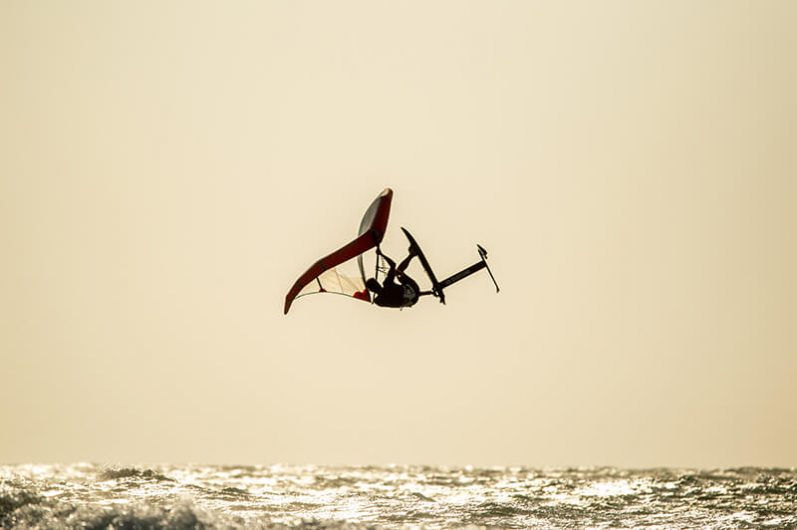 Jeri really has everything to be the paradise of Wing Surf, it has the perfect conditions for the sport! The young windsurfer and photographer Hugo Albuquerque recorded our visit to Jeri with angry clicks, which will go down in the history of this sport!
On the way back to Cumbuco, we passed by Praia do Paracuru, which has a very shallow bench outside, great for Wing Surf. I met the friends of Quebra-mar, Peter Vento Brasil and Jean Marc who are already sailing very well. For surfing, Paracuru impressed a lot, because the waves are very long and bulky, we caught extensive waves and with the wing totally neutralized it looked like we were doing a traditional foil surf. 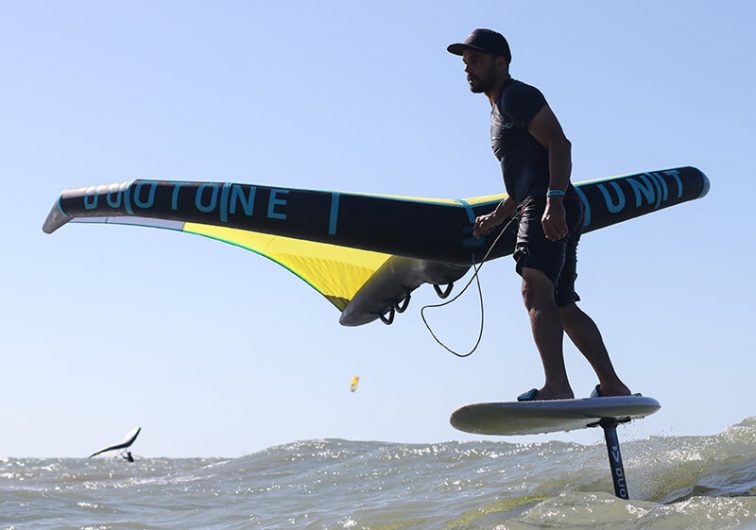 After two weeks of intense training, I realized that Ceará will gain a new attraction, Wing will arrive with full strength! Everywhere we went, everyone was super curious and willing to learn this new sport. Wing is initially not as simple as it looks, but with the right equipment and a good instructor, learning and evolution will be very fast. I would like to thank our partners Gokite, Duotone Foil Wing, Kitecabana, Rancho do Peixe, Vila Kalango, Vento Brasil for this unprecedented trip through Ceará! 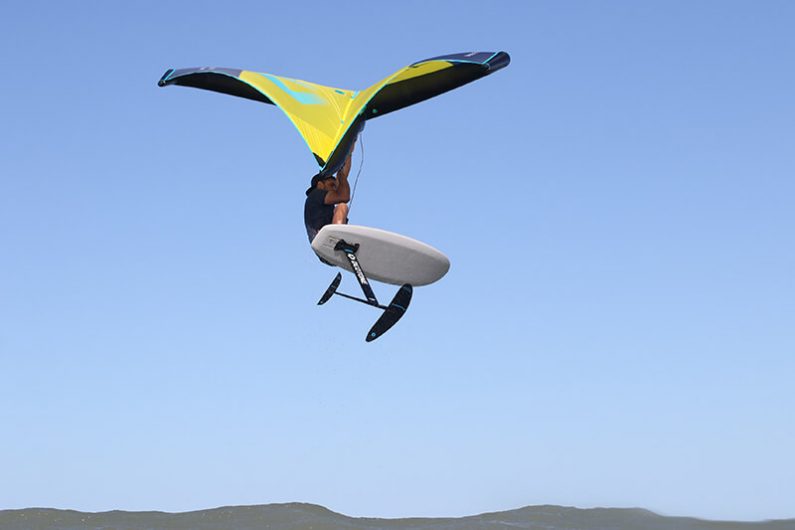