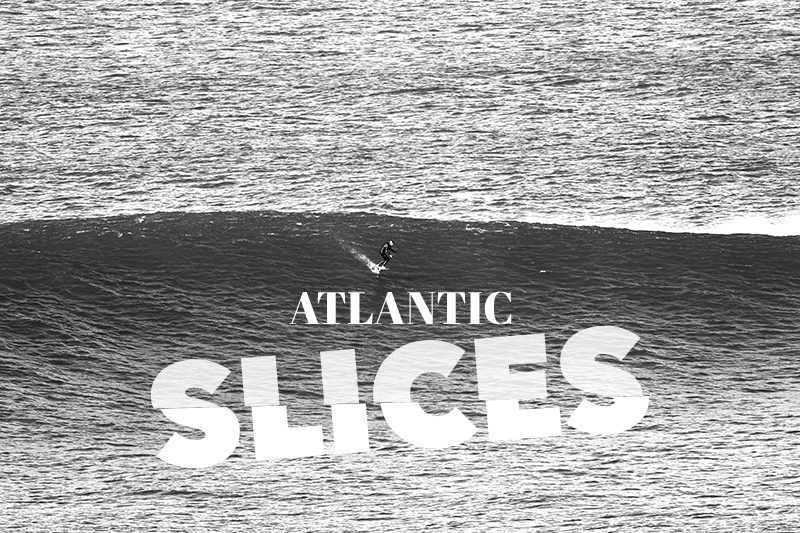 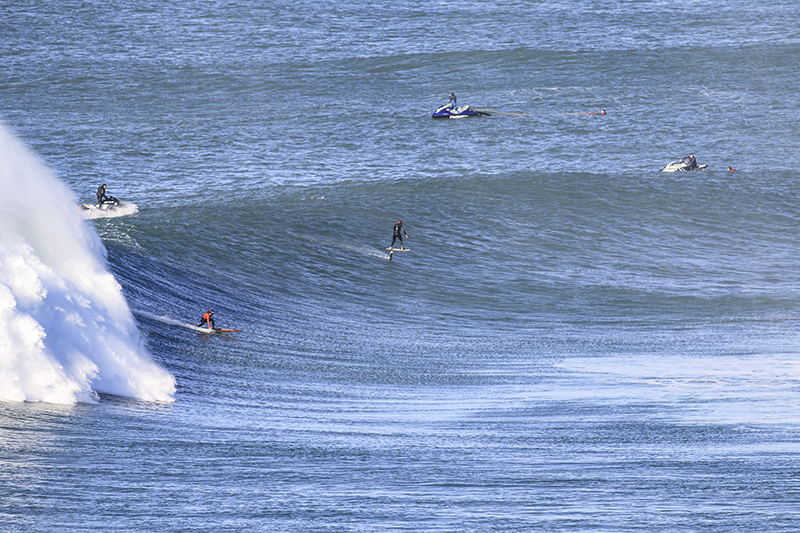 The alarm went off at 5am. Ugh, I hate early mornings… except when on a surf mission, then it's a lot easier.

João de Macedo was supposed to be meeting me at 5:30am so we could drive to Nazaré together. A message comes in at 5:26… it’s João. “Hey Glyn, bom dia, any way you can boil some eggs for us?”. He sounded tired.

“Boiled eggs?” I thought. Really? I battled with myself whether to bother, but in the end I decided that, as I was barely awake still, I was in no position to think too hard on this. So I dutifully boiled some eggs and then put them in a little waterproof box for later. 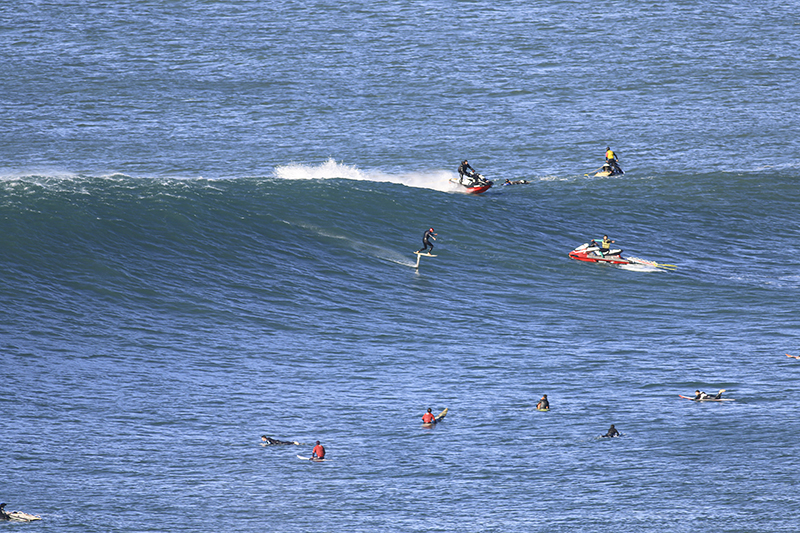 João de Macedo is a very good friend of mine, and we are each other’s equal in “shooting the breeze”, “chewing the cud” and generally putting the world to rights, which is our normal routine on our Nazaré commute. He also happens to be a ridiculous hell-man surfer with worldwide notoriety. I have witnessed some immense moments involving this man, gritting his teeth and paddling into waves that humans have no right to be anywhere near. This is why he had been a regular on the Big Wave World Tour.

A little later (Covid and many other topics of discussion having been thoroughly thrashed within an inch of their lives) we arrive in Nazaré harbor, greet the night watchman at the gate with some shakas and some inappropriate banter (all banter is supposed to be inappropriate, if you’re doing it right), then straight to ‘The Hangar' to set up the equipment.

João was going to paddle into some waves on his 9'8 gun, so he got that ready; waxed and checked. Meanwhile I built my trusty steed. The ski was already on the dock, fueled and good to go. At the docks we were met by all the familiar faces of the tight and committed crew associated with this notorious spot (who each go through their own rituals to get to this point). We dropped the ski off the dock and within a short ride out we were in the line-up.

The swell was ‘decent' (above 8m), a good angle and enough period to make the wedges stand up. There was a good crew of paddle guys hunting down some bombs, so it was João to surf first (no need to start flying through the crew already there, you know the names). I would run safety for him whilst he paddled, then we would swap and he would tow me into some ‘Atlantic slices', hopefully as the crowd thinned. João caught some bombs, then got smashed to the beach…. Session done for Senior Macedo.

I picked him up from (almost) the sand and we headed offshore to unpack my foil and get everything setup. “Don't forget the eggs!” Eggs? Oh, yes, the boiled eggs. They tasted so good now, but at 5:30 that morning, there was no way I would have thought they would have been this delicious… thus described as “little packets of goodness”.

I have been using some very interesting single piece foils, of which I had been testing on some smaller days, but this was the first day to get stuck into something a little more meaty. The trepidation was real, the froth was off the scale. João towed me around for a couple of loops and glides on some outer swells, feeling out the kit and settling into the straps. Then we went hunting!

The wave comes down the canyon then swings north, creating a swell that is at a different angle to the beach. This is what I am always looking for: the bowls. The wave in question stood up, way outside of the rest of the crew, with a horse-shoe wedge on it… going so fast, weight forward, keeping the foil in water – falling at that speed is a terrible idea, one to be avoided, but inevitably it happens. We’ve talked about that before in this very magazine.

João was on point, his paddle session had allowed him to tune into the swell and now he was capitalizing (as was I): picking the right approach and the best waves of each set, I just had to do it justice, let go of the rope, and fly. Each wave felt like everything before had led to that singular point in time. This is the addiction: the tangible improvements.

With the sun still beating down on us, we broke off to refuel ourselves and the equipment. Back in the harbor, we sat outside in the sun at the little cafe, Dona-Lena's; still in our wetsuits, eating ‘Bifanas' (Dona Lena's is part of our ritual and we never miss going there).

Refuelled, I was ready to get back out there. João was feeling it too.

The sun was a little lower but the waves were still firing. On days like these you are glad of your training and fitness, to capitalize on the swell and conditions. The tide was a little lower and the peaks were standing up a little further out. With the right amount of speed you could connect multiple peaks on the same ride. I had made a couple of nice connections but only on smaller waves, but then, a bigger set showed up. João was on point, towed me further out, spun around and whipped me in.

As I was dropping down the peak ready to turn and drive towards the next one, I hit something, breached or just lost control. It happened so fast I have no idea what was going on. My footstraps aren't set too tight, allowing me to make a clean getaway from the kit. But that was the least of my worries. Now I was skipping down the face with a large shadow growing over me: the shadow of the lip. Finally, after what felt like an age, I penetrated the water and prepared for the weightlessness of being sucked over the falls… I started to get sucked up and I came out the back of the wave. Amazingly my board was there too, but I thought that it was the first and last I would see of it for a while. What did the temptress Nazaré have left in store me? On this occasion, nothing. She let me go… now I was in her debt!

That was the warning shot across the bow, the ‘quit while you're ahead’. João called it and he was spot on. With all the adrenaline pumping, you have to listen to your teammate. They will usually have a broader vision than the frothing foiler who has just been doing 40mph over the water. Knowing when to stop is the hardest thing until the moment has passed and all you are left with is hindsight.

We are still looking, pushing, and seeing what is possible. Like most people into foiling, whatever the discipline or nuance, it keeps offering more and more…