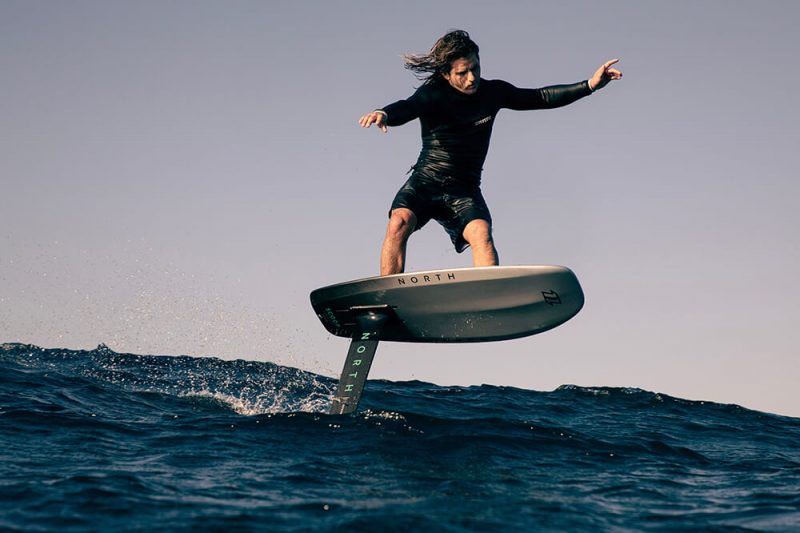 Today, North launches its all-new Wing, SUP and Surf Foil Collection. Here's the details. To view the range in full head over to northkb.com.

At North, we understand the physics in nature and the elemental forces that drive the planet and drive us, as humans, to get closer and closer to these forces. Our designs harness and direct the Earth's most powerful force – water – so you ride like you are part of it.

We've applied marine engineering principles – where hydrodynamics meets aerodynamics – to create our new Foil collection. When you ride North foils, 70% of the world itself – water – transfers its energy to you, who is also 70% water. It's part physics. And part kung fu.

The 2021 Foil collection premieres the all-new Nova wing, the all-new Seek, Swell, refined Scoop and Sense foilboards, new Free and Free-V foil straps, and new SONAR front wings and Sonar Editions. Each product results from the same attention to detail, quality and simplicity of design synonymous with the North brand. 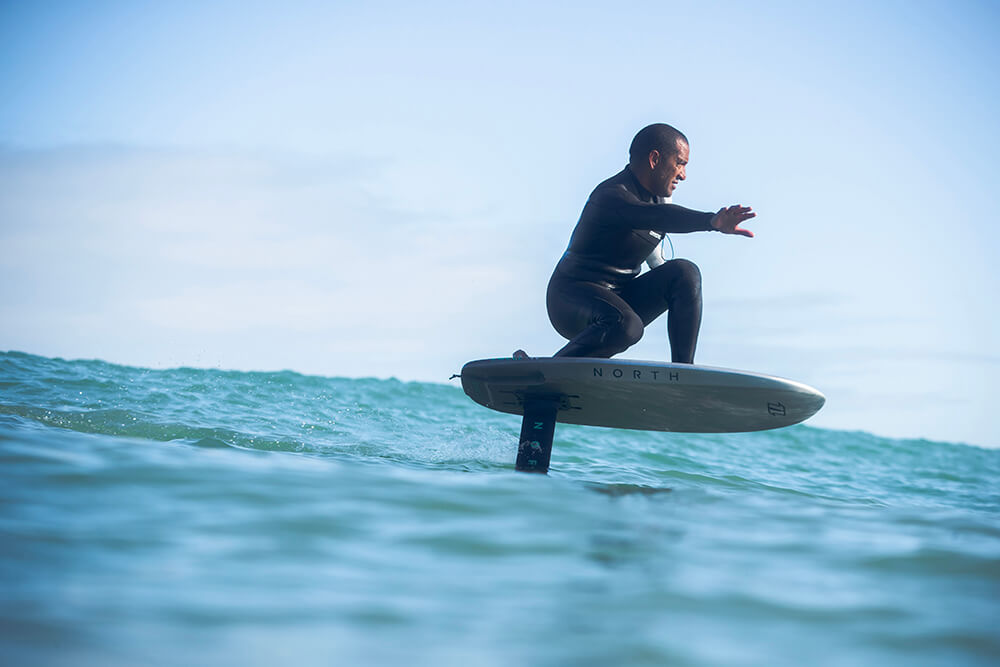 Hradil says the reflexed foil section makes the hydrofoil easier to ride: “A reflexed airfoil is concaved downward at the front then the trailing edge is orientated slightly upward. That means this trailing edge doesn't create any lift at the back of the airfoil. In fact, there's a localised downforce on the wing's trailing edge, which acts as a stabilizer would. So, in essence, when you use a reflexed airfoil, it's like you've built a mini-stabilizer into the back edge of the wing.”

The new High Aspect HA1250 and HA1450 Front Wings are most efficient for wingfoiling, with the highest lift, pumpability and windward performance.

These, and the smaller Sonar front wings, mix and match within the extensive Sonar Modular Foil System, to which we've introduced new CF Carbon Editions and AF Foil Editions specifically designed for higher loads. Each component within the Sonar Foil System is interchangeable and compatible, allowing riders to build their custom quiver specific to any foil discipline.

Brand Director Mike Raper is frothing over the new high performance range of foiling products:
“There’s no better feeling than connecting waves or riding lumps. Foiling allows us to transfer energy with incredible efficiency. It’s the transferral of power – that feeling of limitlessness. It’s how we ride. And we’re passionate about sharing our learnings as the sport evolves. It’s exciting to be progressing our high-performance designs into new uncharted territory.” 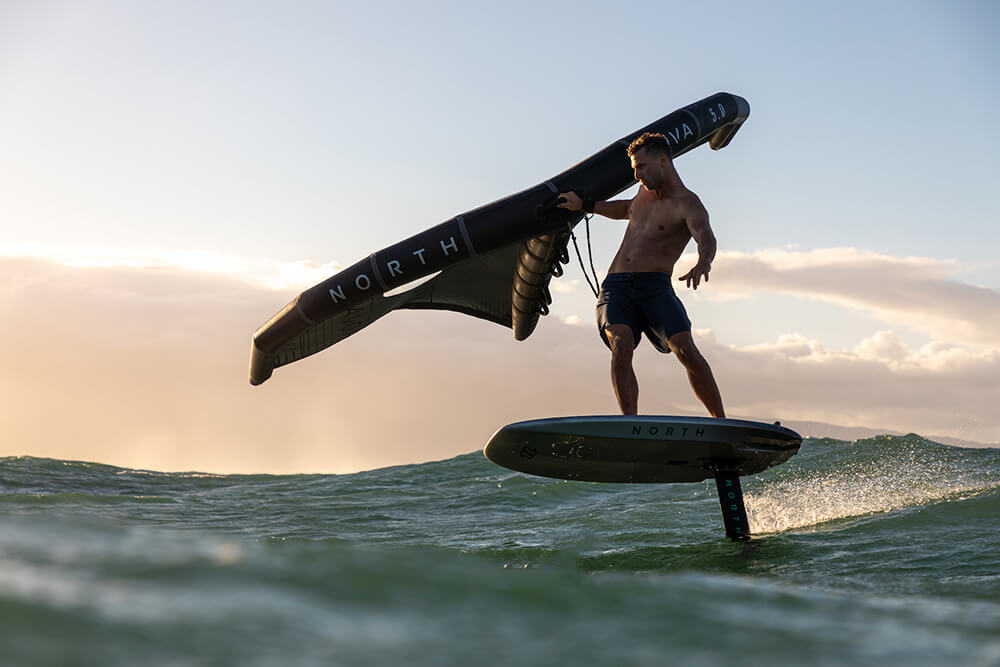 NOVA – View here.
Legendary North kite designer Pat Goodman draws on aerodynamic principles and 25 years of unparalleled design experience to create a new performance freeride wind wing “lighter, more stable and with more control than anything before”. The all-new Nova is a powerful, balanced wing with a massive range and features an extra-large diameter connection between the leading edge and curved centre strut for stiffness.

Creating the new Nova, Pat Goodman thought: “How can I apply some kite/windsurf/hang-glider technology into the wing? Of course, each discipline has its own set of performance parameters and behaviours. But the first thing I noticed when I evaluated a lot of the wings on the market was that they had an amazing amount of deflection in the strut while they were riding. Especially when you’d see somebody jumping, they just bent so much.

“To limit deflection, we've built a lot of pretension or pre-twist into the wing so that when it loads up, it locks right into an efficient shape that is powerful, has good drive forward and good upwind performance. The riders' feedback is unanimously impressive; everyone who hops on the Nova says: ‘Wow, it's just rock solid. It has more forward drive and upwind performance than anything I've ever ridden before,” says Goodman.

Jaimie Scott recalls the design process behind the Seek and Swell foilboards effortless touchdown recovery: “When designing the hull shape, my goal was to enable as much release as possible, so you won't slow down if your board touches the surface. As soon as we introduced the crisp edges and the cutaways, it meant you could touch down and then lean it back and come back up. You wouldn't stick and slow down. For both the Seek and Swell that was a real breakthrough.”

Mike Raper believes a true heritage of North design aesthetic is coming through with the new Foil Collection. “We created the brief around the highest technology possible – balancing the technological experience of America's Cup naval architect Uli Sommerlatt with the craftsmanship of multi-discipline shaper Jaimie Scott. There are no gimmicks. Just pure, clean design, with maximum simplicity. An elegant, beautiful balance of technology and craftsmanship.” 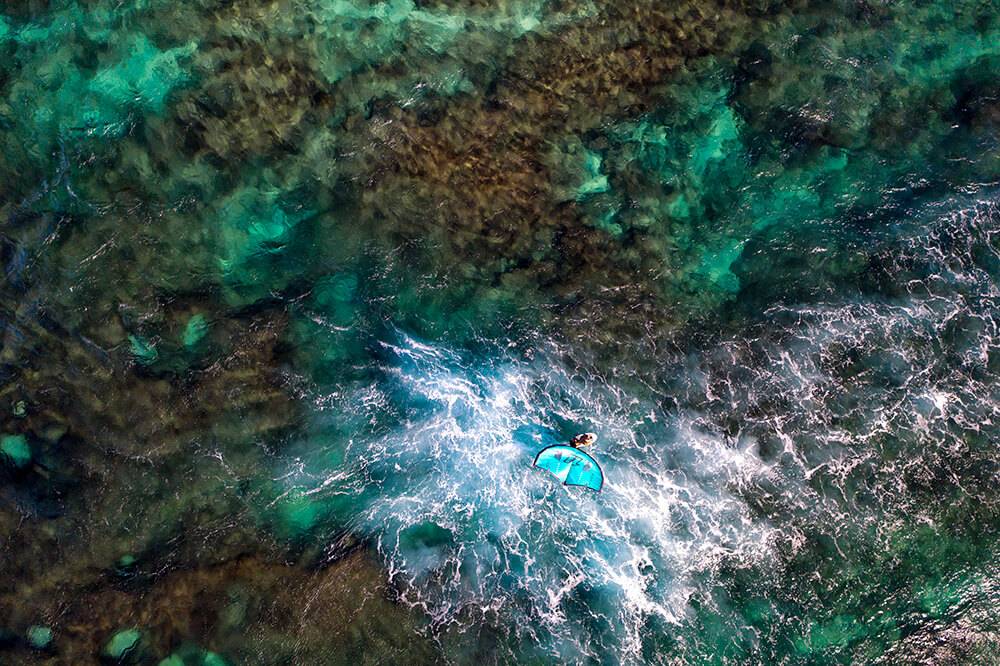 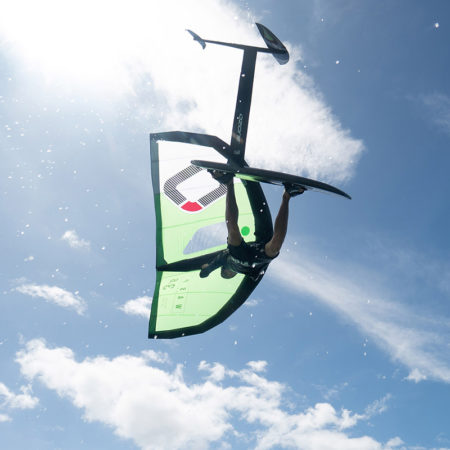 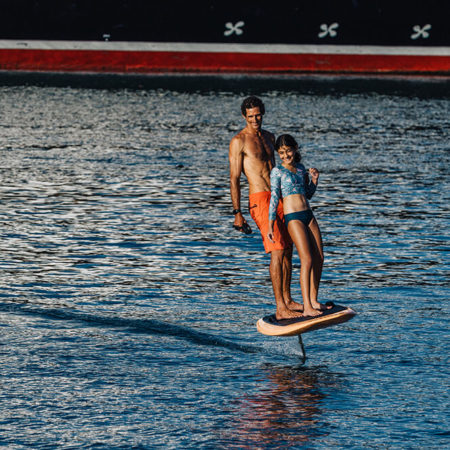 Fun, easy to ride, and accessible. Discover the updates to the LIFT3 F! 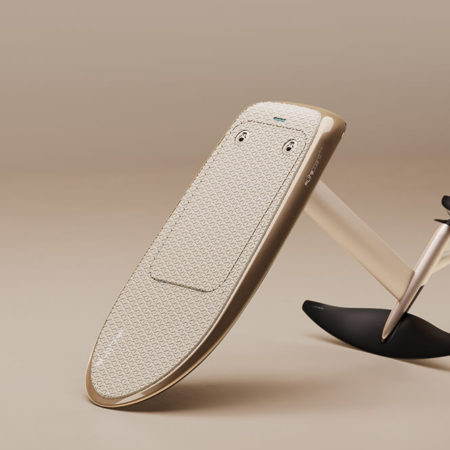