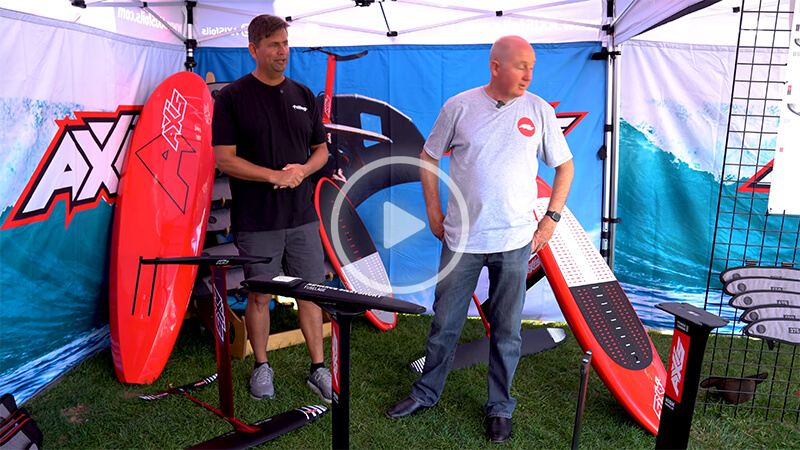 For the full interview transcript, see below.

Full interview transcript:
Steve:
Hi, I'm Steve with Foiling Magazine and I'm here with Adrian, the founder of AXIS Foils. And Adrian, you've got an incredible array of new stuff for us to talk about. So let's just kick right into it. Tell us what's coming, what's up next here in 2022 and the rest of 2023.

Adrian:
Steve, we've got a few new things in here I'd quickly like to cover. Maybe I'll start with this is a new front wing we've got coming out. It's an ART699. It's a smaller brother to the 799 and it's something that a lot of the tow foilers have been using. It's works really well as a kite wing as well. And actually the smaller wingers are using it quite a bit as well. Pairs really well with our new advanced fuselage and the shorter fuselage and quite small rears. That makes a really nice toe setup and that's what Jeremy Wilmotte's been using in Australia a lot.

This is the new high modulus carbon mast. Comes in a bunch of different sizes, 820, 900 and even 1020. This has really changed foiling in my opinion because it's just such a rigid connection to your wing. A lot of our biggest span wings, the connection is something I never imagined would be possible and a really, really nice addition to any foil in our range.

Adrian:
So yeah, the 1310 is a new pump wing that we've come out with and one of the things to actually designing that was coming out with the high modulus carbon wing to support that, it wouldn't have been possible on a normal mast. As you go bigger and bigger, it becomes really important to have a super stiff connection.
We're also continuing our Progressive Rear Wing line up. Used to go down to 300, we're now adding a 275. And this little one here, this is a 250.

Adrian:
Everyone likes to seem to customize exactly what they want for their ride and works great for that.
The other thing I'd like to try and explain is the Advance Fuselage, it's been out for a little while now. This is too Crazy Short fuselage. And you can kind of see that the mast mount position is 40 mils further forward in the Advance. So when you set this up, you're riding the front wing and your back wing is your stabilizer. So really, to use the Advance Fuselage, you have to move the mast 40 mils further forward in the board.

What it does, the easiest way to explain it, is the position of that mast in the fuselage is very similar to a fin in a fin box. If you move a fin forward in a surfboard, it loosens it up and makes it much quicker turning, more surfy feeling. Further back gives you more drive and it makes it better up wind for winging. So another customizable setup in our range.

I guess we've got some of our prone downwind boards there as well. That's a 63 x 21.5. And this is a little one that we've got for the Tahitian kids. This one's 55 x 19. Very, very small board, 68 liters, but they seem to be able to paddle that up in the flat.

Adrian:
The conditions I've seen guys doing it in Australia, they're actually getting up in quite small bumps. I do not think it's something that's ever going to be easy. Anyone that I know that's doing it, they've all sort of said it's the hardest thing they've had to learn.

Adrian:
Yeah. Paddling up and getting going is the trick. But we do have foils that are really working well for learning with that. We've had the 1300 PNG in our lineup for near on three years now, and it's a great wing. It's worked really well, but with the new High Modulus Power Carbon Mast, it's suddenly made it a lot more usable because it's got the stability to control it. And that's probably the easiest wing for somebody to learn to downwind on.

Adrian:
I ride the 900 Power Carbon High Modulus. I ride the Advance Ultrashort fuselage. I ride around a 350 rear and I ride the ART range. I like glides, so I ride the 999 or the 1099. I like to go upwind, catch a bump, and just ride back down without using the wing. And that glide is what gets me.

Steve:
Right. Awesome. Fantastic. Well thank you. That was a very quick run through some extraordinary stuff. So thank you very much Adrian. Good to see you. 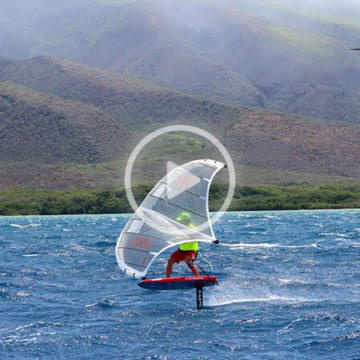 Kick back and enjoy some Zane Schweitzer open ocean wingfoiling in slo-mo... 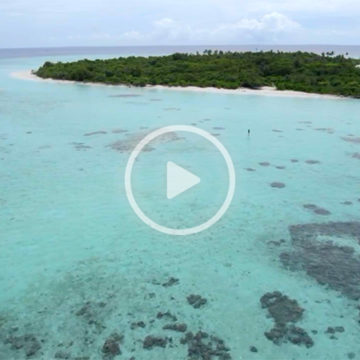 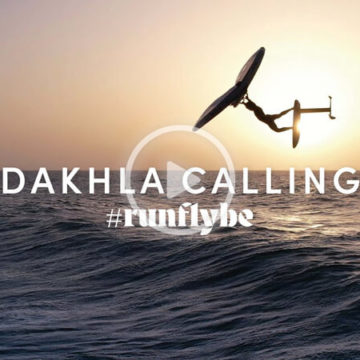