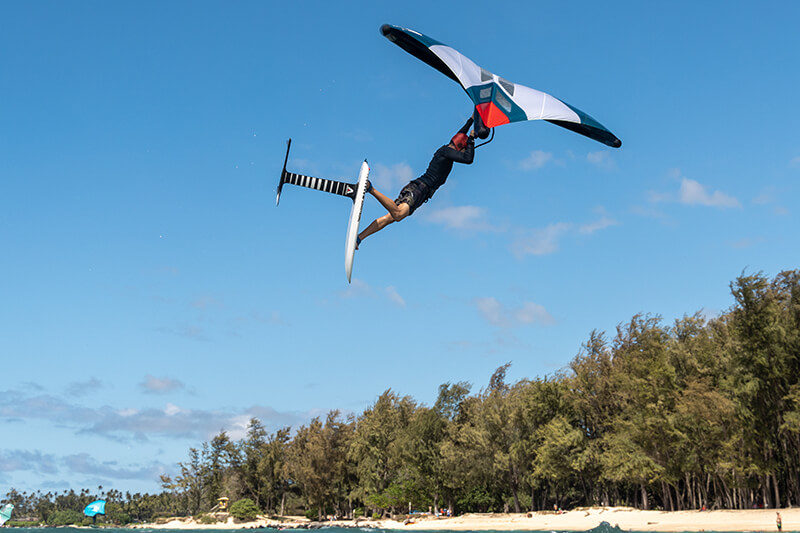 Cash Berzolla gives us a little run down about this epic event in Maui.

The Patagonia Maui Kite & Wing Fest located at Kanaha Beach Park, Maui was an awesome event and I couldn’t have had a better time. Leading up to the event I didn’t really know what to expect, I had never competed in a wind orientated contest and was eager to compete after seeing so many folks shift to this new and exciting sport. I love the ocean and have competed in many surfing events but the wind community and these contests are different. Wing foiling is the new “it” thing and we were all excited to participate. 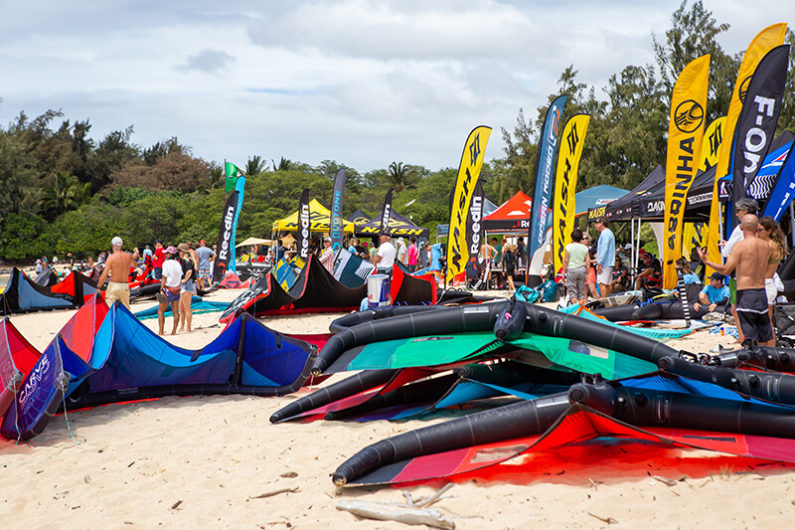 After spending so much time tweaking my gear, training and practicing with my friends, Uncles and Aunties on Maui during the pandemic, it was great to finally test my skills and see how I compared to the other riders that have fallen in love with and are pushing the limits of the fairly new sport of wing foiling. Although the festival has a kiting foundation, it's clear that wing foiling is here to stay and will be a bigger part of this event and others like it in the future. Although I have recently learned how to kite and think it is super rad, the future is wing foiling and it's here to stay. 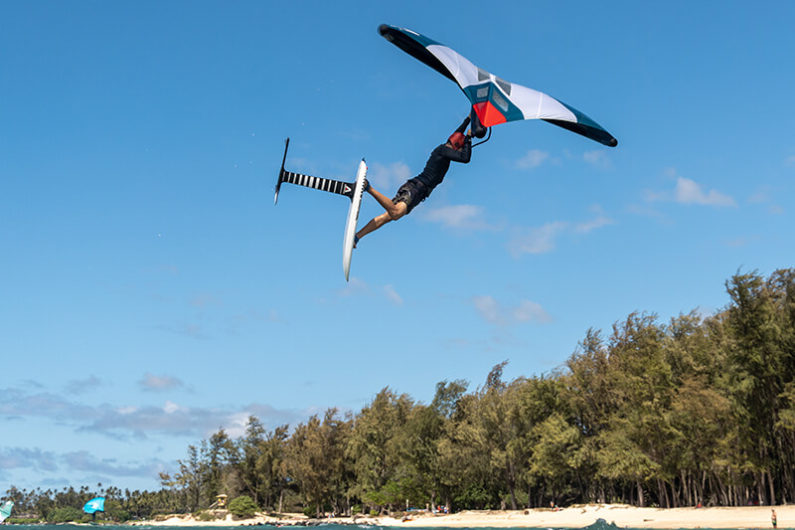 As we crossed into June, it was obvious the contest was on as talented riders started pouring onto the North Shore of Maui. To finally see the best riders from all over the globe come to compete was incredible. The atmosphere was electric and you could feel the energy building as pent up fun was ready to be unleashed. The talent in the water was only matched by the generosity of the folks running the contest. From wind sport legend and Kanaha regular Des Walsh to constantly smiling and stoked Sirena Sastre, we have the right ambassadors making sure we are safe, organized, and most importantly focus on fun. From Patagonia headlining the festival to worldwide brands that continue to help us waterman pursue our passions like Red Bull, Klean Kanteen, Dakine, GoPro and other companies like Naish, Cabrinha, Manera, Maui Brewing Company and Paia Bay Coffee answering the call, we are thankful and lucky to have so much support. 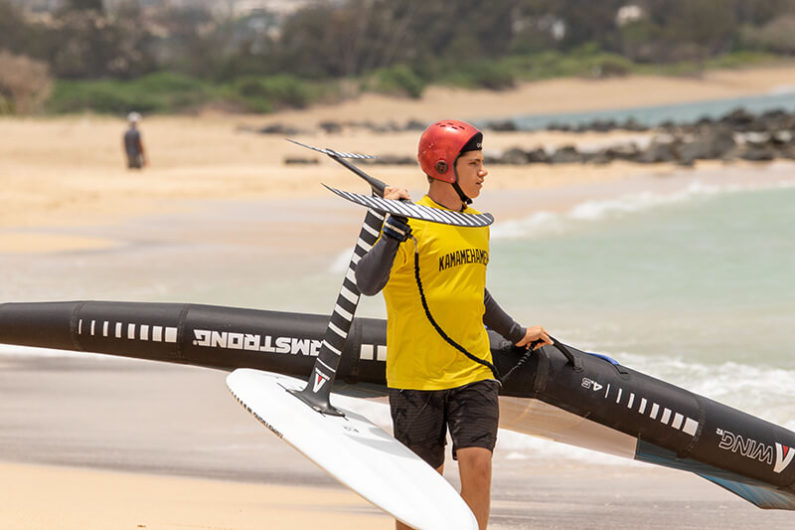 With the first day rolling around, my fellow Armstrong riders and I headed down to the event site to set up camp and get ready for the following days to come. It was a classic 75 degree morning on Maui with the sun peeking over Haleakalā, giving Kanaha Beach park a golden and vibrant buzz. As the skippers meeting marked the beginning of the first day, Maui’s famous trade winds began to fill in slightly, giving the crowd of spectators and competitors a sense of animated excitement. The event site as a whole was something to marvel at itself, with colorful tents, music and food aplenty being offered. Many different brands such as Red Bull, Armstrong, North, Naish, Cabrinha, Ocean Rodeo, and Reedin set up tents with their riders ready to compete and show their unique skills as well as the ever evolving products of winging and kiting. Having all the different companies, products, people, and sponsors together in one place was definitely my favorite part. Being able to meet new people and see the newest gear in winging and kiting was truly an awesome experience. 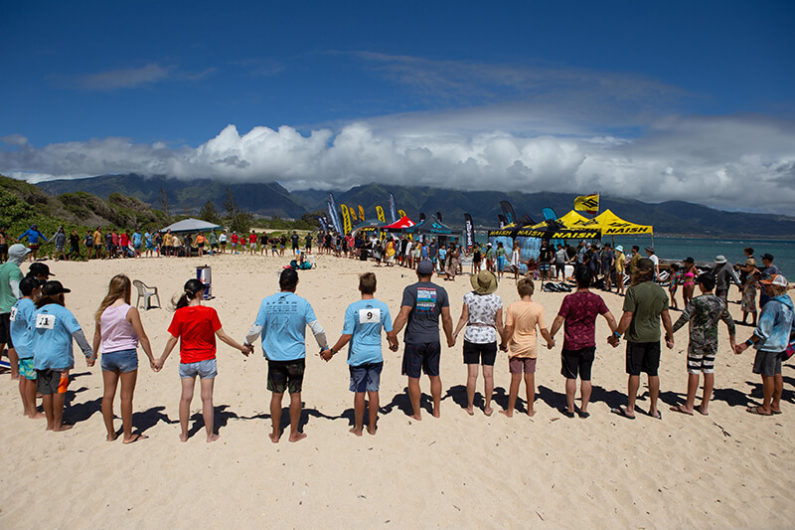 Day 1 had unusually light winds but it was fun to watch the riders scramble to adjust their gear and figure out how to race and compete in the freestyle events. Bigger boards and bigger wings came out and local warrior Marley Franco had his hands full with Oregon phenom Chris MacDonald. Day 2 conditions were also rather light so the focus was on racing. Day 3 had the best conditions and finally gave Kanaha a chance to show riders the fun that it could dish out. Heats were filled with 360s, 720s, backflips, front flips, grabs, tail slides and of course big airs. Local innovator Kane deWilde or as I like to call him “Candy Kane” was a stand out as well as some of my best friends, Otis Buckingham, Marley Franco and Andrea Crociara. We even had Kai Lenny show up to remind the young guns that he isn’t ready to pass the mantle to us younger folk quite yet. In the end, Oregonian Chris MacDonald and Otis Buckingham came out on top for the men’s freestyle. Chris also claimed the top spot in the men’s wing racing and Maui local Lily Buden won on the women’s side. As for the women's freestyle, Gabriella Bella and Tatiana Grant took first and second showing the boys what time it is, while also pushing the sport to new heights. 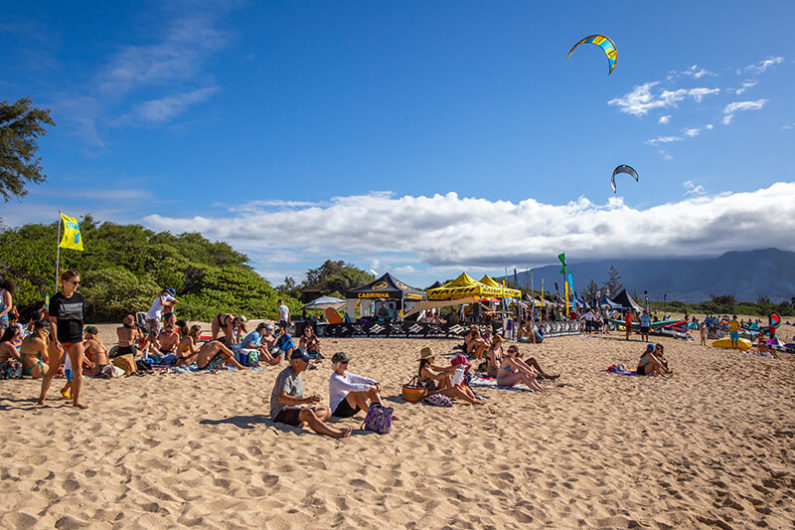 The Woo Challenge was also a big hit and it was fun to test out this super cool device. Although originally created for kiting, the Woo worked its magic and produced accurate data for winging as well. Not only does it track the height of your jumps but it pushes data back to your smartphone about session length, distance traveled and even reports on the tricks you did. I recorded the second highest jump of the day with Chris MacDonald beating me out by a few inches. The Woo itself was definitely one of my favorite parts of the comp; just being able to see exactly what you accomplished during a session was so sick.

I hope in the near future we have more events like this in Hawaii, Oregon and California so world champions can truly say they have competed with the best around the world. While I have very high respect for the guys and girls competing in the GWA I think the contests that are being held should be more global and reach places like Hawaii so the riders can really call themselves world champions. 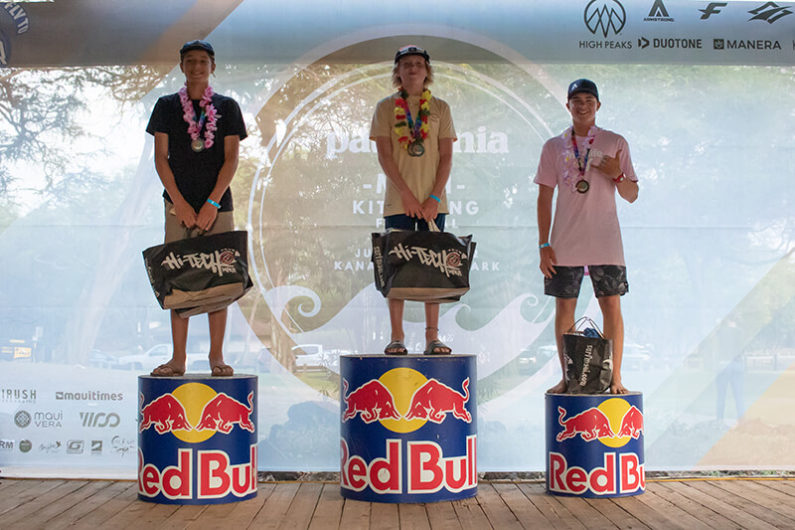 Maui has such a storied history of being one, if not the greatest spots on the planet for wind sports. From Hookipa to Kanaha to even Pe’ahi, riders can test their skills in the beautiful tropical waters of the island; challenge themselves in the waves, stoke out on a downwinder or search for flat water closer to shore. I am so blessed to have grown up in such a magical place surrounded by some of the most supporting and loving people. By adding a new sport like wing foiling to my arsenal it has opened up so many new doors for me and has allowed me to see myself and the island I grew up on with a whole new perspective. I love wing foiling as there is so much to explore in the sport, like whether to use or not use straps, a harness, a bigger wing, taller mast, a shim, a larger front foil or smaller back foil. The combinations are endless and incredibly fun. Learning new sports and seeing how each one has something that can be applied to the others has benefited me in so many ways. Maximizing fun is the goal and wing foiling, prone foiling, stand up paddle foiling and kite foiling open up so many options. If you don’t have a foil in your quiver, get one pronto. 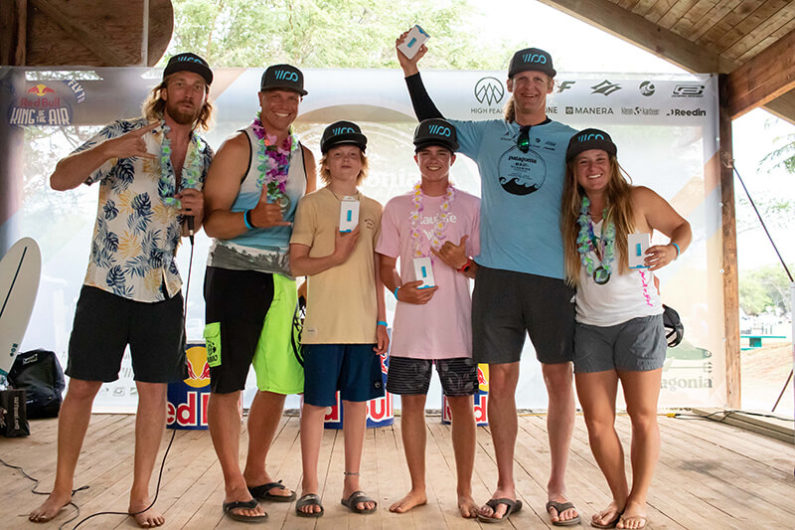 We are also blessed on Maui with incredible athletes that are focused on growing our sport and sharing their knowledge and passion with up and coming riders like me. Their support at the festival was great. From the GOAT Kai Lenny to legendary Robbie Naish and big air maniac Jesse Richman, the stoke here is real and the kindness and Aloha that blows through our community is a blessing.

We are also incredibly fortunate to have brands driven by owners and employees that believe in our sport, the gear and the riders. From my incredibly generous sponsor Armstrong Foils, led by the legend himself Armie Armstrong and his band of adrenaline-fueled friends and colleagues; the Armstrong crew is constantly trying to make our gear faster, lighter, stronger and overall more fun to ride, blowing my mind time and time again. As for the companies that seem to do it all like North, Naish and Reedin along with local companies pumping out cutting edge gear like KT, they are the reason athletes like me are able to pursue our love for the ocean. 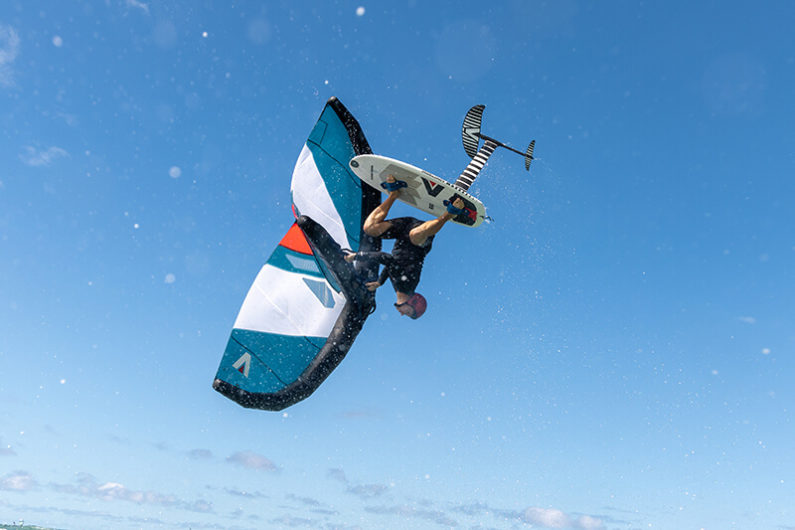 So much has changed in this sport over the past few years as equipment and techniques have evolved. It's an exciting time to be a foiler. I can’t wait to see where hydrofoiling goes in the future. With so many positive and talented people behind it, I’m sure it will go far and keep improving upon what is already out there.

Having the Patagonia Kite & Wing Fest on Maui was incredible. I was able to meet new people and experience new things that I wouldn’t normally be able to. If you are a wingfoiler or kiter and haven't been, I encourage you to check it out next year. If you aren’t quite ready to compete, I hope you come to Maui to enjoy our ocean and wind with plenty of fun to be had. I am so grateful that I was able to participate and compete in this event, I had a great time and I learned a ton. Thank you to everyone who made it possible. I can’t wait for next year!