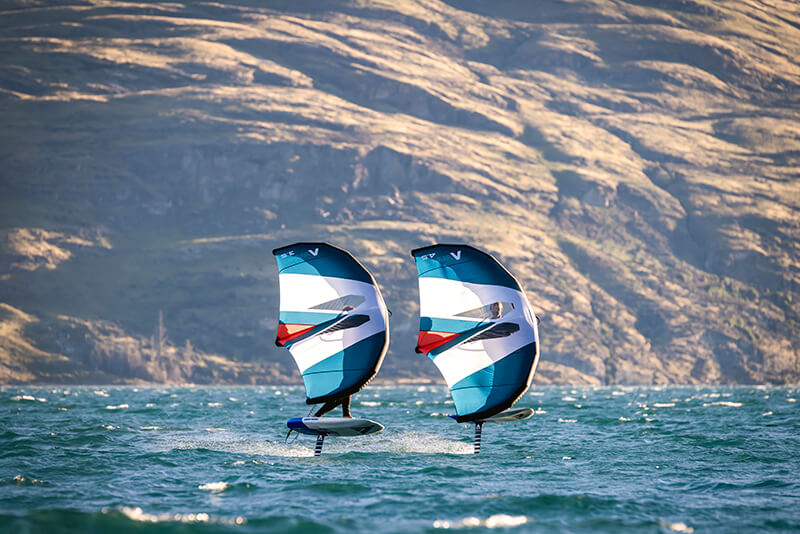 Antarctica notwithstanding, Queenstown in New Zealand is probably the southernmost wing foiling destination that any sensible person would want to attempt without running the risk of encountering giant icebergs, grumpy penguins, and hypothermia. Coaxed down by the promise of adventure and epic backdrops, Bevan Gooch and Armie Armstrong dug out the thick rubber and got on a plane… 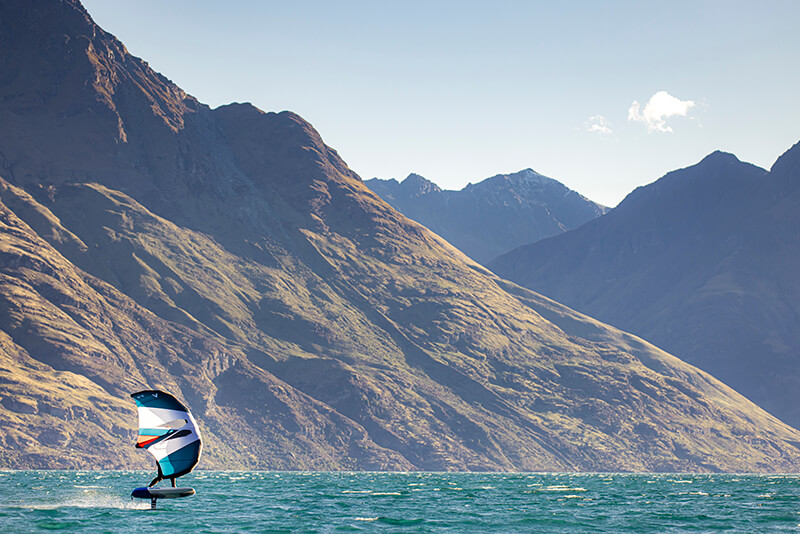 My brother Kelly Gooch finally caught the foiling bug and organized a weekend of lake foil demos and sessions in the heart of New Zealand’s adventure capital, Queenstown, and his hometown nearby, the alpine village of Wanaka. Foiling is emerging on the scene in both of these famous tourism towns, where wake boats are popular and the south-west trade winds blow hard, offering ideal conditions for the new sport of wing foiling.

Armstrong Foils founder Armie Armstrong and I flew down to experience the spectacular scenery, foiling across two of the country’s largest and most pristine lakes – Queenstown’s Lake Wakatipu and Lake Wanaka. Kelly had set up a crazy schedule that involved sessions and demos on both lakes in the same day, and the late-evening light of this deep southern region allowed for bonus, magic sunset sessions at 10pm.

When we first arrived a cold southerly blast was rolling up from Antarctica, bringing fresh dustings of mid-summer snow to the majestic surrounding mountains, making for some chilly temperatures and gusty conditions. We raced to Jardines on the eastern arm of Lake Wakatipu for some potentially epic bump riding. Unfortunately, as soon as we started rigging up, the wind

changed direction and died at that spot. Luckily local drone pilot and wing ripper Tony Young was there and directed us to another spot, Kelvin Heights, where the south-west wind change was funnelling through. We had a great first session figuring out the shifty lake wind conditions, but our fingers were totally numb by the end. We’re both ocean wave-riding enthusiasts, and it was our first time foiling on a deep lake in cold glacial fresh water. It makes a surprisingly significant difference to how the foils react while both turning and pumping, but by the end of that first session we were tuned in and having a blast.

The deep valleys shaped by the mountain ranges created interesting wind flows on the water, and the Antarctic wind funnelling through the mountainous veins made for amazing hand winging conditions. It was pretty insane flying around on the water with powerful, snow-topped mountains in the background, and I was blown away trying to take in the stunning scenery as well as concentrate on the winging. 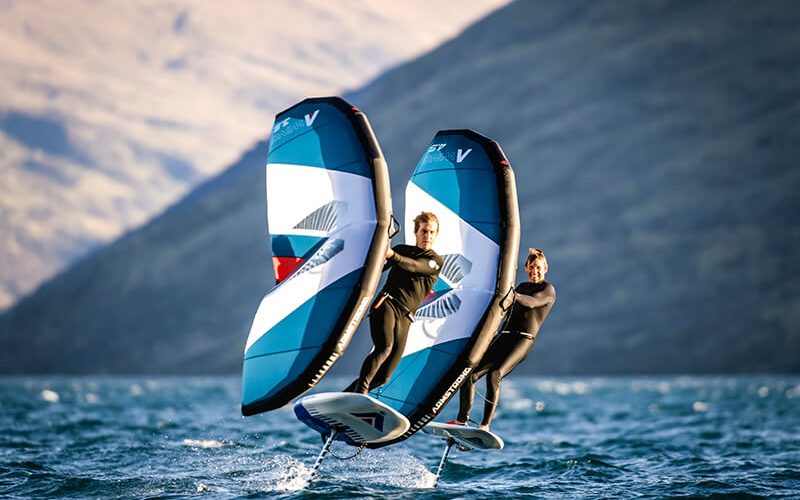 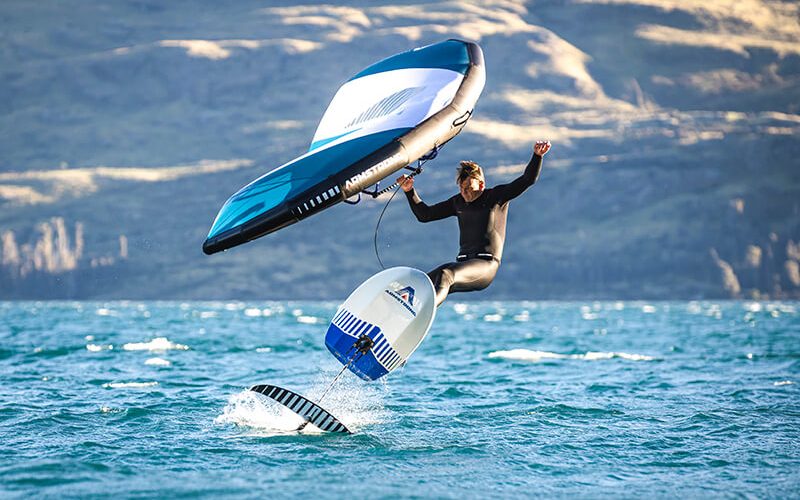 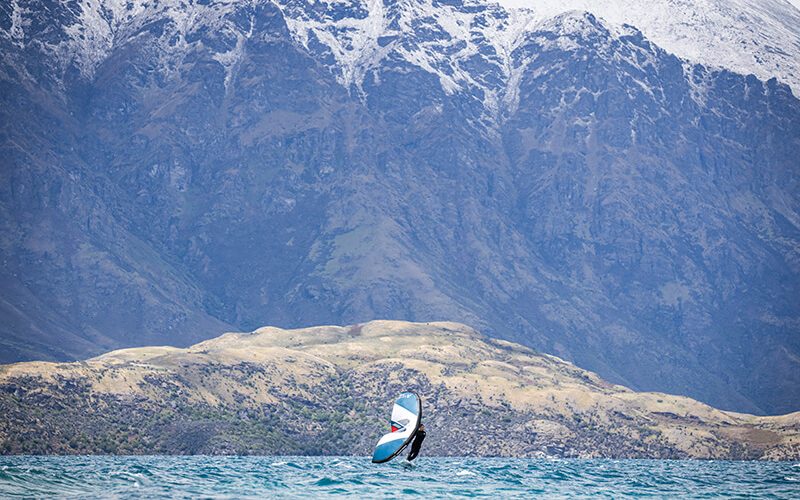 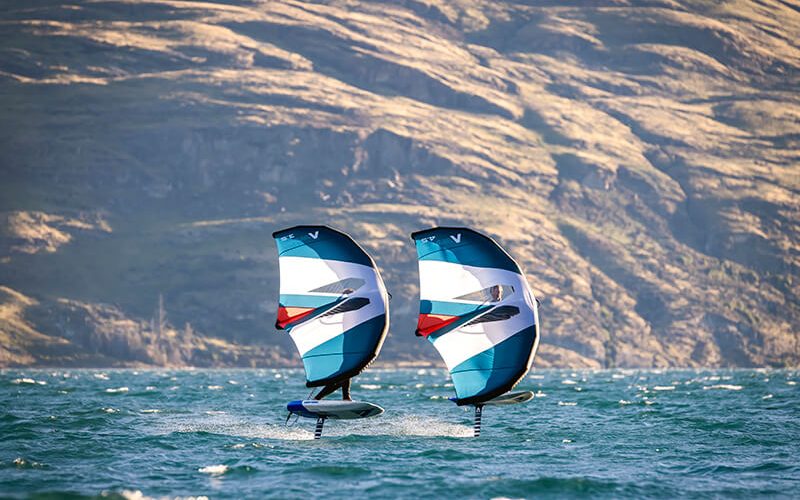 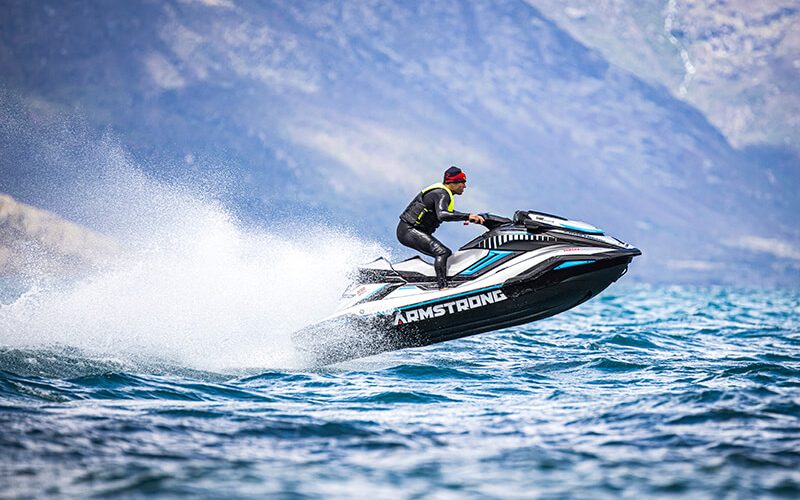 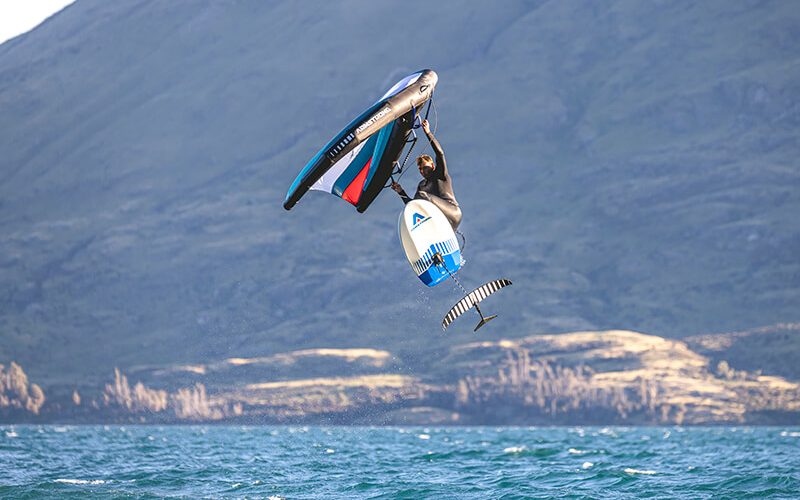 During the demo sessions organized in association with the awesome local Wanaka Powersports crew, Kelly worked hard to give many people their first taste of foiling. It’s really exciting to see how many people are so keen to give foiling a go now. It was also the perfect spot to test out some prototype Armstrong wing set combinations, to see how they perform in the dense, glacial, fresh water lakes, and the learnings from the sessions this weekend helped Armie finalize some new designs.

While Wanaka and Queenstown have long catered for skiing, snowboarding, tramping and mountain biking, it’s easy to see the terrific potential for the new sport of wing foiling. It’s without doubt the best lake foiling experience you will get in New Zealand. There are endless possibilities due to so many launching spots and the different wind angles produced by the powerful, low-pressure systems ensure it’s always an interesting ride. There are also some long downwind runs possible with amazing bumps to ride, and being able to downwind and ride wind bumps on a lake and sail back to where you launched makes logistics easy to manage by yourself.

Although winging in waves is my preference, the experience I had lake foiling in these magical surroundings was thoroughly satisfying. I’m sure next time we visit there will be many more local rippers enjoying the unique foiling potential New Zealand’s Southern Lakes district offers. 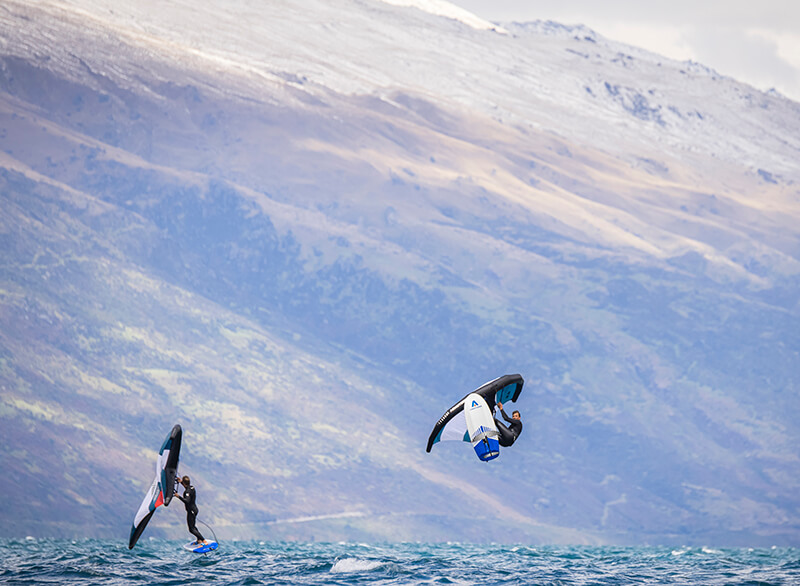