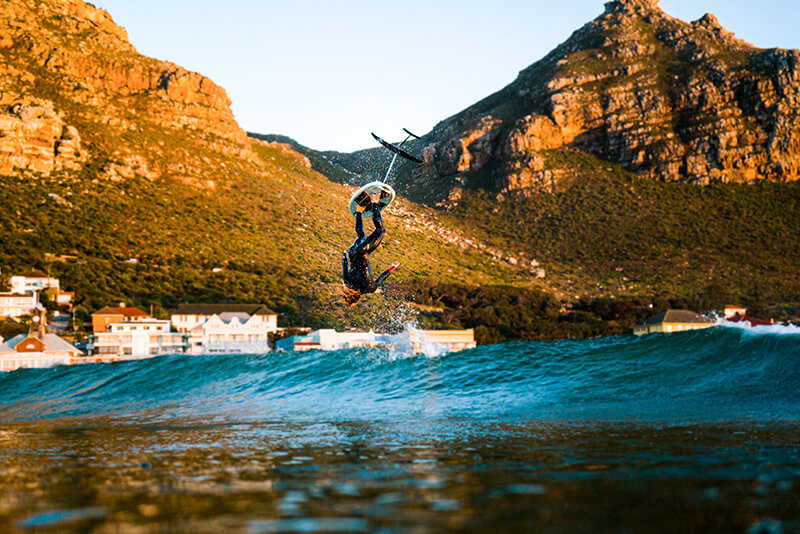 I have lived in Muizenberg for the majority of my 23 years of existence. It was the place where I learnt to surf at the age of 5 and where I did many of my first maneuvers on my shortboard. As I entered my teenage years, the rolling waves of Muizenberg no longer excited me, and I graduated to the Cape’s heavier surf breaks.

Fast forwards 16 years, and I had just been introduced to surf foiling. This completely altered my perception of Muizenberg as its sub-par shortboard waves are absolutely perfect for foiling. Muizenberg is one of the most crowded surf spots in Cape Town because it is the best and only place to learn to surf. However, for us South Africans, foiling is close to unaffordable, and there aren’t very many of us in Cape Town.

I foresee the day that Muizenberg will have as many people learning to foil as there are learning to surf. Still, for the time being, I have been taking full advantage of being one of the only guys foiling on a daily basis.

With foiling being such a new sport still in South Africa, there are a very few number of photographers shooting foiling, and I have been taking advantage of getting in the water with Kyle whenever he is in town. Luckily, Muizenberg has perfect foil waves the majority of the time, so it is pretty easy to coordinate a session with Kyle when he’s about.

With many Capetonians still not able to return to work, Muizenberg has been extremely crowded. Therefore, the best time to hit the surf is at sunrise, when the freezing temperatures of our winter nights still linger. This particular morning, Kyle had a meeting lined up with Airush. He had let me know the night before, at which time I immediately checked the reports, and let him know the waves were going to be cooking.

The evening before an early session, I like to pack all my gear for the following day into my car and prepare my coffee and supplements for the morning. I then set my alarm for 5:45 the next morning, and did some yoga and stretches before going to bed.

After waking, I poured my coffee, took all of my supplements and got into my usual morning warm-ups. After warming up for about an hour, I double-checked I had packed all of my gear and then suited up at home so that I would be nice and toasty when I arrived at the beach.

It takes me a maximum of five minutes to drive from my house to the beach, and I hit the road just as it was getting light outside. Pulling up the beach, Kyle had also just arrived, and the conditions were insane. One to two foot, with the occasional bigger set. There wasn’t a breath of wind, the sun was just starting to peep out from its slumber, and we knew it was on.

In less than 45 minutes, we had managed to nail most of the shots we had planned for. The crowds were also starting to arrive, and the sunrise was almost over. We called it a morning, Kyle went for his meeting and I went back home, frothing after a good start to the day. 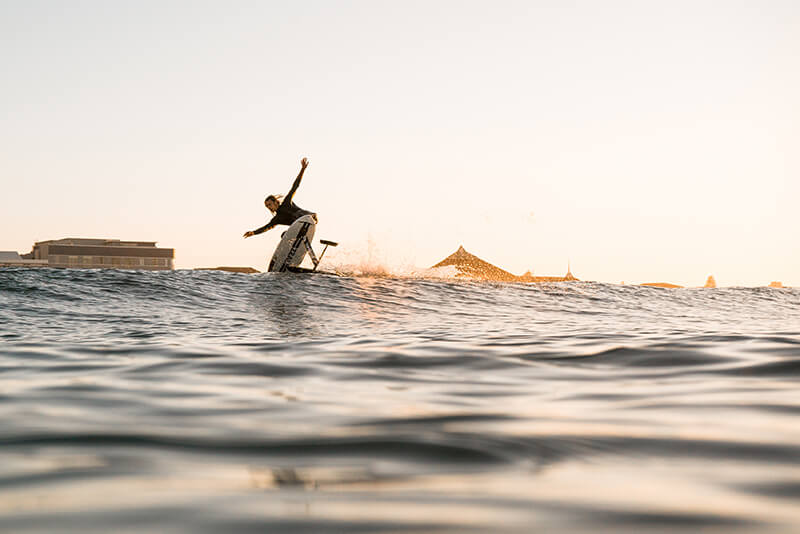 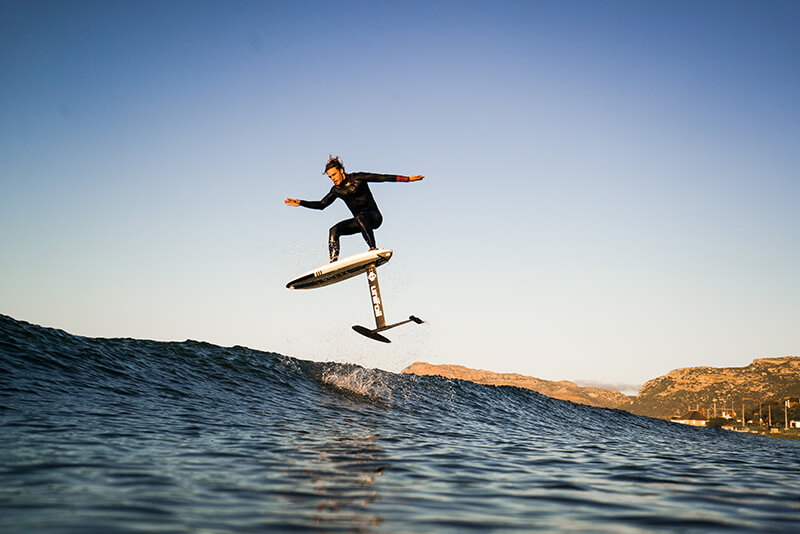 24th June 2020, and it is the middle of winter in Cape Town. We have just been upgraded to level 3 of the lockdown regulations, allowing us to now return to the water and get some of the saltwater therapy we have all been missing.

I spent the last two years of my life living in the coastal town of Muizenberg, it is an absolutely amazing town with a strong footprint in the history of surfing in South Africa. The area is east facing, making for a spectacular morning sunrise.

I am now residing back in my home town, 40km further east of Muizenberg, but still travel to Muizenberg occasionally to visit the Airush HQ. On this particular day I had to head in for a meeting, and in my style of planning I thought it made perfect sense to try and line up a morning shoot with Dylan beforehand.

Dylan and I had been doing a few test shoots over the last summer season as I have just migrated into freelance shooting work. I’m getting acquainted with my new setup and of all of the mornings so far we had somehow managed to pick ones with full cloud cover, and were unable to get a classic Muizenberg sunrise scene. Today seemed like it may be the day.

My morning started at around 5:30am, the time to move if you wish to miss the morning traffic into the city, so I had a good feel for the conditions by the time we met up in the carpark at 7am. After a shivery-shakey transition into the wetsuit, we were ready to get out there.

Our timing was perfect and after one or two warm ups we were greeted by a glowing sunrise over False Bay with perfect two foot runners breaking over the hip-deep sandbanks. The perfect conditions for shooting from the water.

Dylan is an incredibly adaptive board rider and it has been epic to watch him progress with the sport over the last year. He is certainly at the forefront of the foiling scene so it is always a treat to shoot with him. We normally don’t bother pin-pointing an angle as we are both in the process of figuring out which tricks are best framed from the different positions, but over the course of an hour we managed to link up some amazing framing and by about 9am we were heading back in after an epic morning session out there.

Our paths diverged at the carpark, I went on to my morning meeting and in the late afternoon, got into the water myself for a shortboard session around the coast. The versatility of the Cape coastline is pretty epic and I am stoked to be based here.