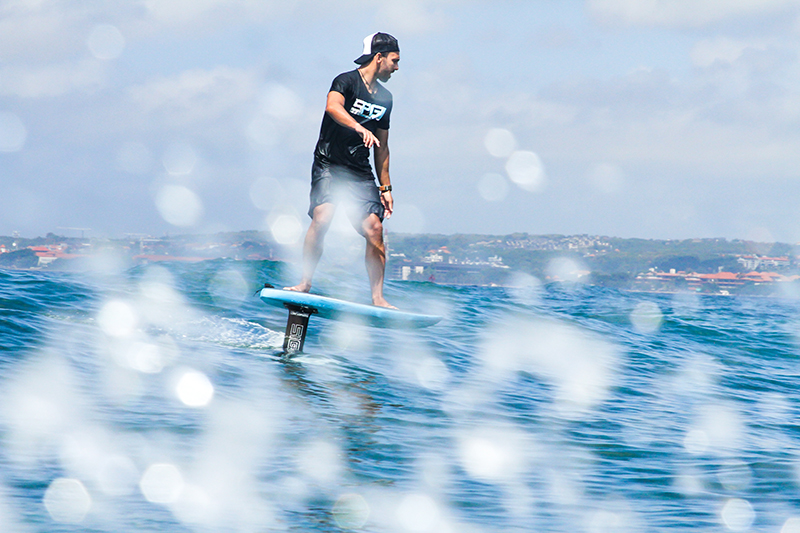 Brazilian surfer Caio Ibelli is one of several high-profile world ranking pro surfers who are now picking up the foil and gliding into the sunset after a hard day’s competing. We caught up with Caio Ibelli mid-tour, and talked to him about unforgettable foil sessions, weird bottoms, and the waterman lifestyle…

Hey Caio. Firstly, in the world of surfing, you recently beat Kelly Slater and Jordy Smith in Australia on the WSL. How did that feel?!

It felt great! That was such a good event, we got really good waves and I’m pretty stoked how everything went for me. I got many stacked heats and was able to finish third. I think the highlight for me was The Box… what a special place it is.

So what does a day in the life of Caio Ibelli look like right now?

Well, when I’m home in California or Hawaii, assessing the conditions is the first thing when I wake up. In my car I’ve always got two kites, two surfboards, two foil wings and my foilboard, and my golf bag. So I guess I’m always ready for whatever happens! I love being in the ocean so I always find perfect conditions for something during the day.

So how did you originally pick up foiling and where?

My first time foiling was behind a boat, which almost killed me and I stopped right away. After getting injured surfing last year, I had a lot of time off, and a lot of time spent on Instagram watching my friends foiling. I was in such a bad way, I had plenty of time to visualize it and figure out how it all works. So right after then I got back in the water, the boys at Cloud 9 sent me a foil, and since then I’m so hooked. I thank them every time I speak with them for introducing me to this amazing sport. 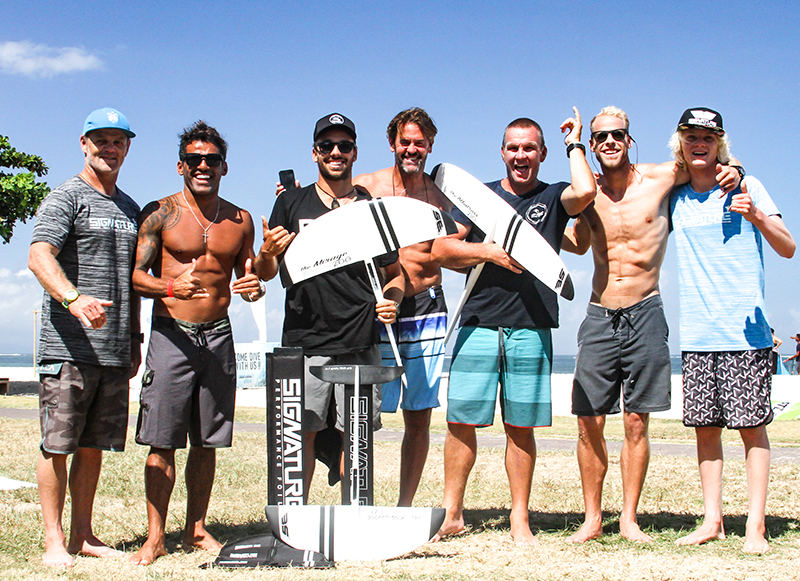 What foil and board are you using now and what have your experiences been of different wing sizes and set ups?

I actually shaped my own foil board, it’s a 4’0, 18.5”x3”. I only had one small wing (Cloud 9 S24) till last month, now I’ve got the whole Signature Foils quiver. My favorite set up is the Stealth 175, and it is mind-blowing how good that goes with the 750 mast. I’m also using the Mirage 200 and Albatross 210. When I get back home from my events I will be able to try the bigger wings, but I’m pretty happy with the Stealth 175 for my day-to-day foil sessions.

Have you had a chance to foil in your native Brazil?

Yes, I’ve found some insane spots to foil in my hometown. We have a world class foil spot that you need a ski to get to… I haven’t been there yet but I’ve watched some crazy three minute rides happening there. Foiling in Brazil is growing, but very slowly. The import taxes are really high, so it costs a lot of money to buy a foil in Brazil. So for that reason it isn’t massive yet. We got a local guy (@kingfoil) manufacturing pretty cool foils and sponsoring kids, so we still might see the next generation of foilers out here soon. 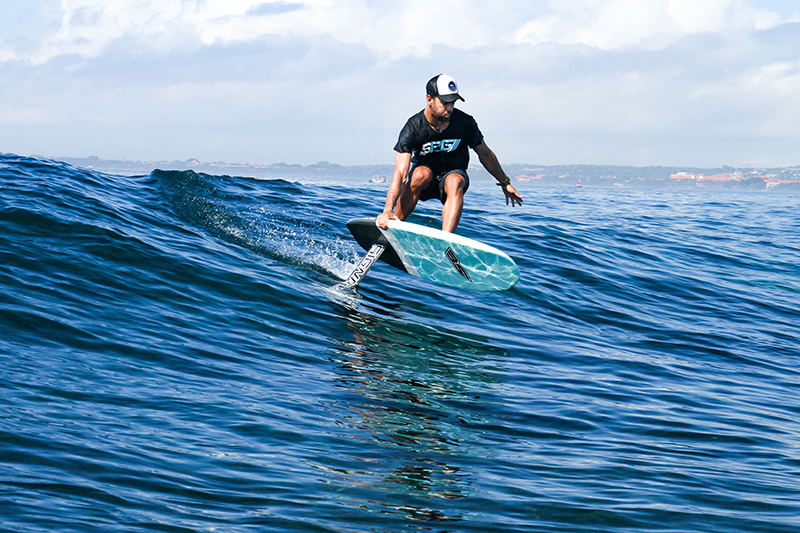 You’re now based in California, where the foil scene is growing exponentially. Is it a good place to be with the sport evolving so rapidly?

California is hardly ever overhead, and luckily we don’t need much swell to foil. So a foil in California definitely makes life much more enjoyable, especially when we take the ski out, then we can catch anything. It’s so much fun. We see a lot of people frothing on foiling, and it’s so great to see how much the sport is growing there.

You’re one of the ‘higher profile’ foilers in the WSL (we know John John is also partial to a bit of wing action). Do you know of others who are digging it or just starting out?

A lot of the boys are really good foilers. Michel Bourez, Sebastian Zietz, Zeke Lau, Seth Moniz and John John. They are all ripping on foils, and it’s sick to see how foiling is bringing surfers together. A lot of times only one of us brings a foil, and it’s so cool how everybody shares and lets everyone ride it.

Which spots have you foiled at while you have been on tour?

I’ve foiled at Bells Beach, in Bali, the Gold Coast… The best place ever was Sanur in Bali. It was my first 3:40 minute ride, and it was unforgettable. Warm blue water, perfect glassy swell. The best foil conditions I’ve ever seen. We foiled for four hours! I can’t wait to go back there. 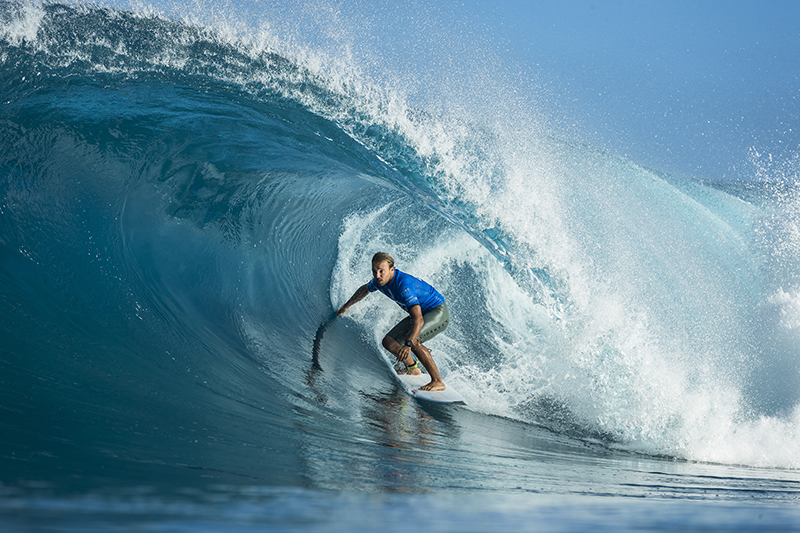 It’s dangerous, it’s highly addictive and almost makes you want to give up surfing! If you live in a place where the waves are fat and small, your surfing days might be over! It’s been hard for me… a lot of the time it looks so good for foiling, but I need to go training. The benefit is that you will be in the water for 10 hours a day, paddling around on a tiny board, burning calories, and smiling like never before.

It’s a question we ask a lot, but with the speed of development, it’s hard not to think about the future. Where do you see foiling headed over the next five years? 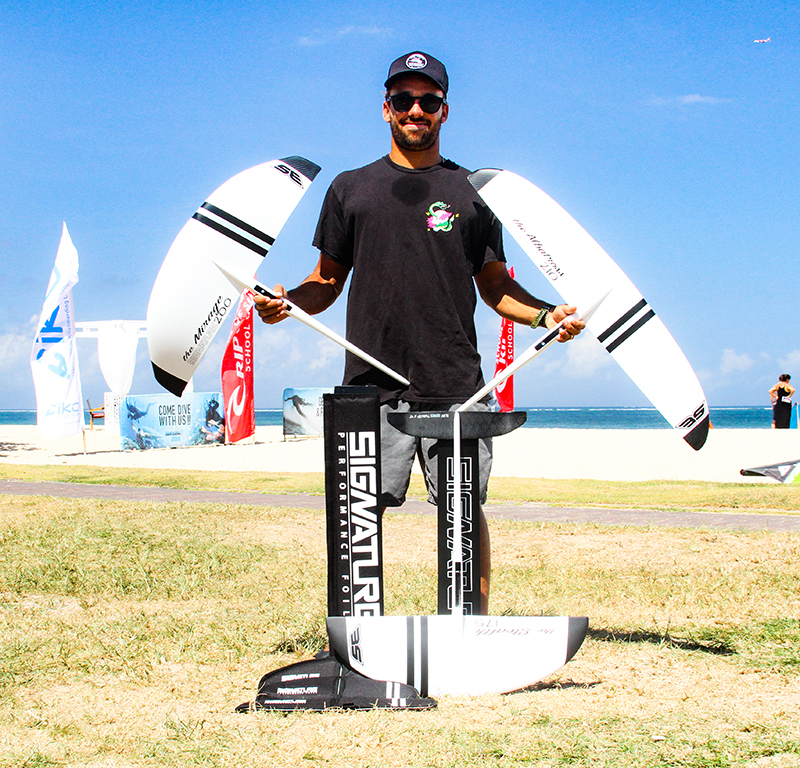 With some of the development occurring in foiling ‘maneuvers’, do you foresee a competitive scene for foiling beyond racing?

I see foiling as part of a “waterman” lifestyle, I’m not too sure about the competition side. I love watching foilers glide and having a cruisy approach, rather than watching them attack the lip or pull airs. I see how hard and challenging that is, but that’s the type of things we do on a surfboard. Foiling for me is to have that “snowboarding” feeling in the water, gliding in the silence of a non-breaking wave. That’s the feeling I think a lot of foilers love so much about it.

After a hard day shooting barrels how does it feel to pick up the foil and just cruise?

Can we ask for more than getting barreled and going foiling in the same day?! I think I’m only going to do that for the rest of my life… 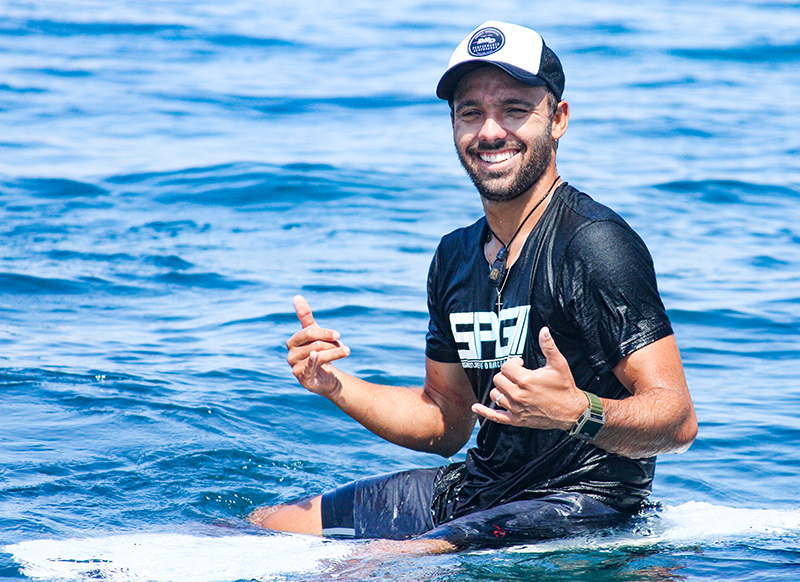